The Beauty And Elegance Of The Unalome Tattoo: One Of The Most Spiritual Symbols In Hinduism and Buddhism 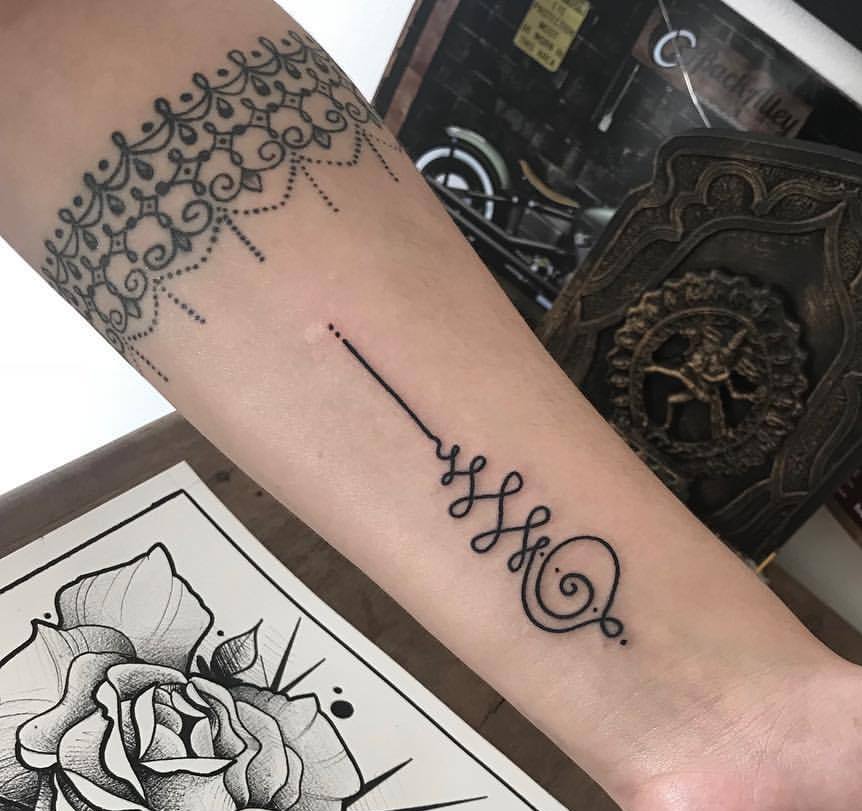 When we think of Hindu or Buddhist tattoos the first one that pops in our minds is the OM tattoo. It is a common design and you can see it inked on thousands of people around the world. However, if you are looking for something that is not that common there is an endless choice to pick your favorite symbol. There is one that has the most artistic shape and it became so popular that we thought it will be great if we explain it a little more. The symbol is known as Unalome.

What Does Unalome Mean?

According to the Hindu religion, the Unalome is known as the Third Eye of Lord Shiva who is the supreme Hindu God also dubbed as the Destroyer.

He is known as the Destroyer because sitting on top of the hierarchy, his duty is to remove all obstacles in life and even further. He is the protector of the Universe who watches over everything and transforms it if needed. With this said, when we see the Unalome symbol, the spiral at the bottom represents the eye, and also our lives which are given to us without any direction.

We are the only ones who have to discover our way. The path that goes up which looks like a line with knots represents every spiritual milestone of our lives. The knots are lessons that we have to overcome to reach the lotus flower at the top. The Lotus flower means perfection which in the Hindu religion represents Moksha or Enlightenment and in the Buddhist religion is knows as Nirvana. The story behind these two words is that when we reach the top and open our spiritual lotus we are free from the circle of birth and death, and rebirth.

The same spiritual meaning goes to the Buddhist Unalome which looks a bit different. At the bottom, we can see the seated Buddha and above his head, there is a half-moon that indicates enlightenment in the darkness. Above the moon is the same spiral with a line with knots and the line goes up into the universe.

There is more meaning connected with the Unalome in the Hindu and Buddhist religions. If you truly want to understand it you can do more research and discover more information about it. Besides these two symbols, there are various numbers of designs today that are created form the wearer of the tattoo itself. People play with this symbol and make concepts that look as amazing as art.

It is free in the world to make your design and transform whatever symbol you want in a tattoo that you like. Most of the time, this tattoo is inked by women but we can see it on men as well. It is dubbed as the hipster female tattoo and there are many gorgeous examples for you to get inspired.

The shape of the original Unalome is often changed and it is tattooed on many different body parts.

Body Placements Of The Unalome Tattoo

The most popular body part for this tattoo among women is the middle of the breast area. There are stunning designs, bigger tattoos that have the Unalome in the middle. Most of the time the Hindu Lotus at the top or the Buddhist  Moon in the middle is made bigger so that it fills more space. You can always add more details to this area to make your tattoo even more stunning.

Another popular tattoo is the tiny Unalome. It is a simple Unalome inked on a finger, neck or inside the ear. It can be seen on the foot as well but if you truly want to connect with the meaning note that these two religions disrespect that because according to their spiritual meaning that part of the body is the lowest part and it is always dirty. Another understanding of this can mean that all negative things come from the foot up. So consider placing the Unalome in an upper part of your body.

All You Need to Know about Queen of Clubs Tattoos