The Hidden Meanings Behind the Crescent Moon Tattoo 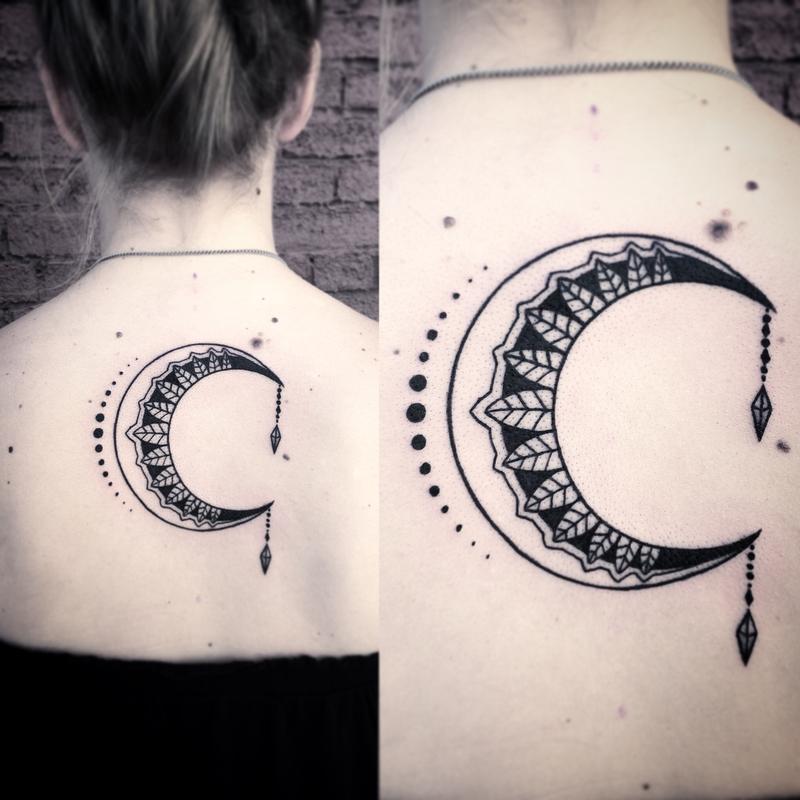 The simple truth is this, all life on this planet is stimulated and touched by the moon, especially those who thrive in the dark. In the dark of night, the mushrooms sweat and the oceans swell back and forth in direct response to the moon. The moon tends to bring out those hidden powers in us all, some more so than others. The moon is basically a life-affirming symbol that appears to be always changing.This has an appeal to a very wide audience, especially those who understand the power of karma. Here are some of the reasons the crescent moon tattoo is so popular today.

The Moon and the Female

The women of this world seem to have a very special connection to the moon, and the crescent moon tattoo is a beautiful way to express her dark and mysterious side. The moon is a symbol of regeneration, and without the female of the species bringing new life into the world, there would be no life. The lunar moon and her cycles are closely tied to the cycles of the female, symbolic of her fertility and incredible power within. There are numerous goddesses in mythology that feature the crescent moon that conveys secret wisdom, hidden powers, and even those subtle influences. Women utilize this tattoo for reflecting their inner pools of energy and light. The magnetism of the moon and all its powers are something every female has to one degree or another.

Men and the Crescent Moon

Now not to leave out the men, there are unique qualities both man and the moon possess, starting with power, influence, and the dark side. The Native Americans and African tribes prescribed the make gender to the moon. Many male deities were represented as lunar gods for the power it possessed, the light it shines, and how it even affected the food that they grew to survive. There are many men who have this deep power of clarifying energy that is best represented by the crescent moon tattoo. The moon together with the sun symbolizes a balance, sort of the yin and yang concept but in a much bigger presence.

Today the crescent moon tattoo can convey a wide array of meanings, from its magical mystique, purity, shadow, and even dreams. The moon tattoo can symbolize a connection that we have to our ancestors, and these lunar blood lines travel longer and further than just our heritage. Those who thrive in the night often refer to the moon as their eye in the darkness. The crescent moon has many phases, just like many people have many different traits that they only share with a certain few. The real person may only come out at night when they feel safe under the shadow of the moon. The moon is also all-knowing, meaning it watches over us and our children today, tomorrow, and forever.

One of the popular ways to depict the crescent moon tattoo is pairing it up with one of many wild animals. The moon calls out to animals like the bull, cats, owls, lions, and those who do their hunting at night. The moon provides light to move around in the shadows safely, hiding our identity long enough until we have stalked out prey and moved in for the attack.