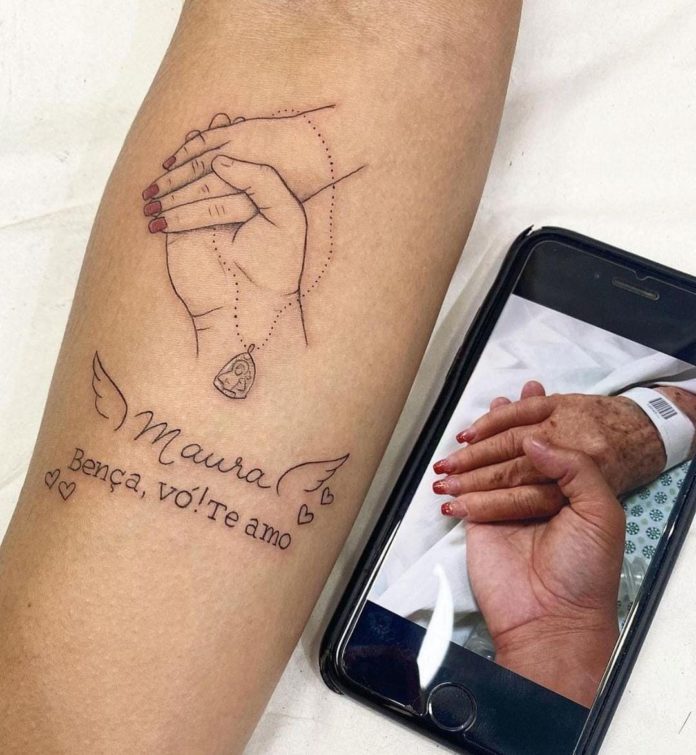 Tattoos are a way of symbolizing your feelings and ideas. Some people get tattoos to express their feelings, while some get them just for beauty and art. Whatever the reason, tattoos have special meanings. Each tattoo depicts an ideology or a set of feelings. Some tattoos represent positivity and peace, while some represent feelings of love and bonding.

Not to mention, tattoos can have special meanings based on the culture. Some tattoos depict an unbreakable bond between human beings. Couples in love get these tattoos to express their love and connection.

Such tattoos are not only for couples but also for people who share an inseparable bond and affection towards each other. Be it siblings, parents, children, or friends. Here is a list of 5 tattoos that depict the idea of an unbreakable bond.

The infinity symbol was a mathematical symbol in the start referring to infinity, meaning something with no end. This symbol slowly and gradually started incorporating quotes and love symbols into our daily lives. People in love get an infinity tattoo to symbolize that they will never stop loving someone. Often, people who share such an affectionate bond get these tattoos together. This is a way to express their love and affection for each other.

The infinity symbol means that even death and time can’t separate them. The unbreakable bond will be there till the end.

Ying Yang is a spiritual symbol in Chinese culture. Although it is a spiritual symbol, it is also used to represent an unbreakable bond. A ying-yang symbol depicts that two powers and entities, although opposite to each other, cannot survive without the other. This also happens when you share an unbreakable bond with someone. Part of you stays in them, and a part of them stays in you, making you both inseparable. These ying yang tattoos are mostly inked in black and white, but people often add their little touch of creativity and art to it.

You can also use different colors to depict this symbol or add additional objects to make this symbol look even more thoughtful and beautiful.

Lock and key tattoos also resonate with the idea of having an unbreakable bond. Two people who have an affectionate bond can get these tattoos. This depicts having the key to another person’s heart. Or it can also mean unlocking someone’s true potential.

When the other person can unlock your potential, which you were unable to share with the world earlier, this tattoo is a great way to depict your bond. You can also have this tattoo in many variations, different designs of locks and keys, different colors, and so on.

A compass tattoo is also popular among people sharing unbreakable bonds with each other. The compass symbolizes that no matter where in the world, two people exist if they are meant to meet, they will.

Destiny has a funny and unique way of making people cross paths; the same happens when two people who live far away from each other or have never thought of meeting each other get their paths crossed.

There are many stories like these that make you believe in love. One more ideology behind a compass tattoo is that no matter how far you travel, you will still find your way to your soul mate.

Pinky swears, also known as pinky promises, are not meant to be broken. This pinky swear tattoo is common among best friends and sisters who share an unbreakable bond. This tattoo resonates with a sealant to never leave each other. Always stick by each other in good and bad times and not let the wrath of time separate our bond. This tattoo can also be designed in various styles, usually getting inked on arms, fingers, and hands.

Tattoos with numbers also depict an unbreakable bond, representing a special date having a special feeling. For example, the date of someone’s marriage, proposal, and the birth of a child or a special memory. These dates stick to your body as a remembrance and always remind you of the beautiful memory attached to this date. Both couple members can get these tattoos, and just one person can also have them to depict how special this date is to them.

Anchor tattoos are also used to symbolize love and bonds. People get an anchor inked on their arm with a special date or someone’s name to represent that the data is attached to the anchor. Anchors are used to saving someone from drowning. If there is someone’s name on an anchor, it means that the person saved the wearer in one way or another. This also depicts an unbreakable bond as it symbolizes that love is nothing but an anchor. It saves drowning people.

Having someone’s name on your arm or wrist forever imprints that person’s significance in your life and body. As tattoos are not removed easily, it takes someone every inch of the gut to ink someone’s name. This truly depicts how unbreakable a bond like this would be.

Tattoos have their special meaning and essence. They stamp your idea or feelings on your body for the world to know. Unbreakable bonds are also depicted through tattoos, and several such tattoos can help you with this idea. Remember that these tattoos are not restricted to couples only but can be used by siblings, best friends, and parents. You can even have your variation in them as per your choice.