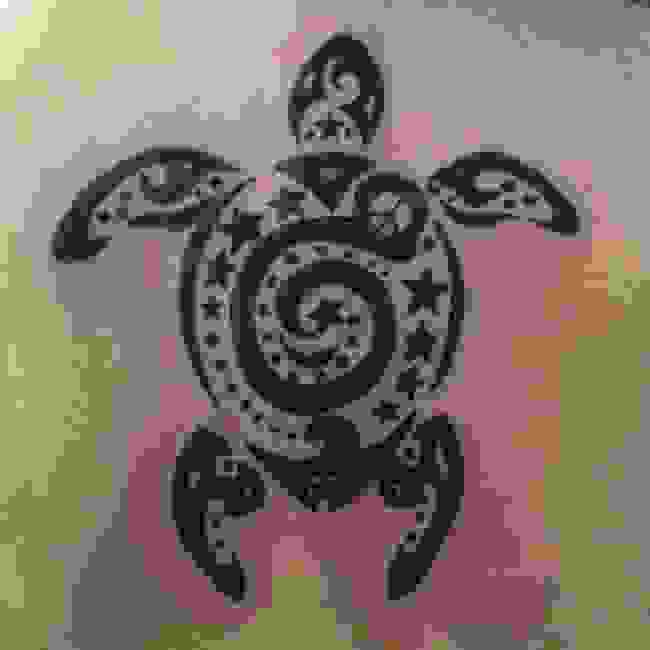 While some may think at first that the turtle tattoo meaning is simple, he is a slow-moving adorable little sea creature, those in the know understand this little animal is symbolic of many unique and creative meanings.

He may look slow and defenseless, but this little guy has been a popular choice for different tattoo designs for decades. If you are wondering if getting a turtle tattoo is the right choice for you, consider all these reasons why this could be the perfect design for your body art.

Everyone knows the turtle is slow, everyone knows he is steady, and it is that slow and steady attitude that helped the turtle beat the hare and set a precedent for many who live by those ideals. The turtle tattoo meaning represents for many the ability to persevere through any obstacle, no matter how difficult it may appear on the onset.

The turtle will push through, and if things get tough, he withdraws into his shell for protection and lives to fight another day. His self-defense mechanism affords him protection from any storm in his life, and this appeals to many who are fighting battles in their own lives and coming out stronger for it.

The Last One Standing

Those who have made it through challenging times, or have beaten an addiction and are better for it, look to the turtle tattoo as a reminder of their struggle and a long road ahead. One of the most appealing aspects of the turtle for some is the fact he has very few predators.

No one is willing to put in the time to try and get the turtle when he is locked inside the safety of his shell. Those foolish enough to try to, wind up frustrated and moving on to weaker opponents.

The fact the turtle is safe in its own skin actually increases its lifespan, so for many ancient cultures the turtle was a representation of longevity, endurance, and persistence.

Symbolism of the Turtle

When it comes to the turtle tattoo meaning, one only needs to look at how long this creature has been around to make sense of all the symbolism. There have been turtle fossils found that are dated from 200 million years ago.

This little guy is still motoring around after all that time, and for that reason has been long associated with some very appealing ideals that people getting tattoos love, similar to the meanings of the seahorse tattoo.

The turtle tattoo represents the continuation of life, the insistence at being a part of this biological life on earth, a call to order, and unwavering patience.

The turtle can also symbolize stability in life, strength in small numbers, innocence, and protection, just like tattoo of small birds.

Moving at Your Own Pace

The turtle not only moves slow and steady, he moves at his own pace. A person who is not following the sheep, that wild child, the one who marches to the beat of their own drum, certainly is a prime candidate for getting the turtle tattoo.

Their carefree attitude is also attributed to the fact they are some of the wisest souls in the animal kingdom.

Speaking of being wise, the turtle does everything at a very methodical pace, so they take their wisdom one day at a time, they fight their battles one day at a time, and they focus on getting through today and are not consumed by the worries of tomorrow.

The turtle doesn’t react to things happening around them, they simply accept and move on, that is the unique nature of this creature.

It is very common for the turtle and water to be linked together, especially when designing the tattoo. Motion of the water, motion of the turtle, all seem to be one in harmony as this creature glides effortlessly through the sea to wherever the current takes him.

He does not struggle to fight the current or fear any predators, he is focused on the task at hand and will do whatever it takes to navigate the waters so his back is against the waves and he gets to where he is going whenever he gets there.

This intuition and being one with the sea connects with many water babies who feel a deep attraction and connection with the water.

Turtles and the Far East

The turtle has a very long symbolic history with the Far East. Japanese and Chinese cultures have associated the turtle with longevity for centuries. According to legends, the turtle is a representation of the cosmic order in the universe.

From these parts, it is thought through legends that the turtle brought about the creation of the universe. Other cultures over the years adapted the idea that the turtle was symbolic of creation and motherhood.

The turtle shell is very unique in that it has been used for centuries to predict the future. His shell and underbelly are considered to be sacred writings and a map of the stars.

The majority of turtle shells are divided into thirteen different sections that have long been associated with the phases of the moon in any given year.

Now that you bring in all the moon children to the mix, the appeal of the turtle tattoo reaches an even wider audience. The moon, water, and earth are something very near and dear to those looking for creative tattoo designs.

As you can see now, the turtle tattoo meaning is quite vast, but his slow and steady determination to get through each day is appealing to many.

Those who are dealing with an abusive relation, fighting an addiction which is also connected with gambling tattos, or struggling with their own unique situations, all find that the turtle design can remind them to take things one day at a time and this attitude will allow them to survive another day.

Persistence is key with the turtle, and regardless how big the challenge, the turtle is going to eventually get the job done.