The Taurus Constellation Tattoos and Meanings 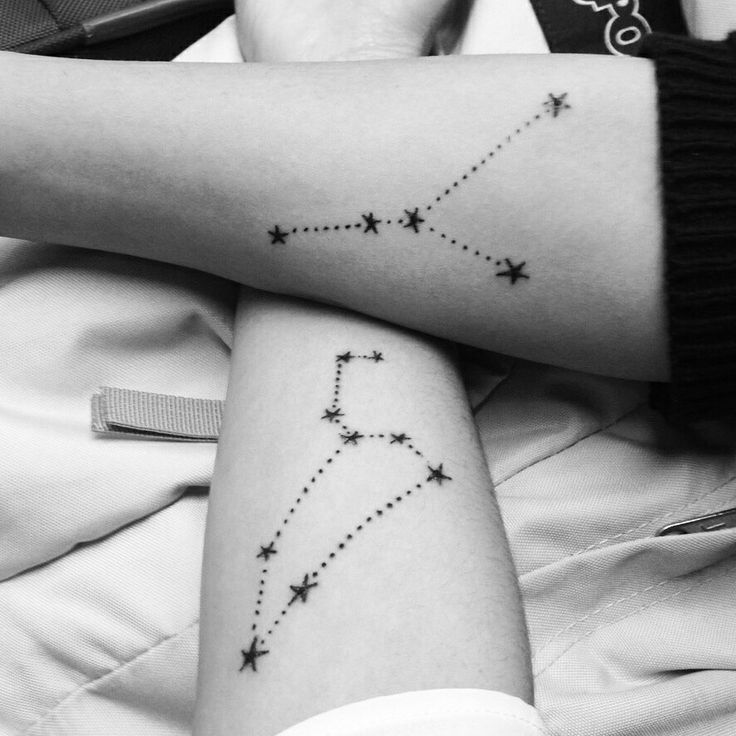 In the Western Zodiac, Taurus is the second astrological sign and represents those who were born between the dates of April 21st and May 21st. This zodiac sign is symbolized by the Cretan Bull or the Bull of Heaven. The Taurus constellation tattoo is symbolic of that bull-headed icon, and it is easily recognized even by those of other zodiac signs.

This tattoo is symbolic of a person who is determined, bull-headed, and stubborn, but also has noble and reliable characteristics.

The Taurus Constellation and Mythology

The appeal of the Taurus constellation tattoo lies in the mythological creature, the Cretan Bull, who is eventually overtaken by the almighty Hercules. This tattoo can be a representation of someone who is powerful, strong, mighty, and also possesses the power of creation.

Considered to be the most ancient of all constellations, the Taurus constellation tattoo has a connection to humanity through many periods in which it signaled periods of worship and divinity. The bull today represents will, strength, and an unrivaled persistence.

Those who prefer to connect the dots of the Taurus constellation tattoo can customize the design to showcase the true appeal of the bull symbol. This horned bull is easily recognized as a stand-alone piece of art but can be modified with the birth dates as well as verses that exemplify the spirit of the bull personality.

By extending the lines of the bulls horns with feminine swirls, it emphasizes a sensitive nature of the female, while flowers and other beautiful details help to bring out the patient and calm qualities of the female bull that isn’t usually associated with that raging image of the horned bull.

Spirituality and the Taurus Constellation

The Taurus tattoo can also be symbolic of a more spiritual meaning, and realistic renderings that embody mythology bring out a deeper association with the constellation.

The bull tattoo is appealing to many because it can be portrayed as ferocious, stampeding, and roaring, to help to emphasize the primal and animalistic traits of a Taurus.

The more docile bull signifies stability and a more serene attitude. The horns on the head of the bull can be drawn to a size that represents the ferocity of the wearer.

Filling in the lines of the Taurus constellation and depicting the horns and head bring out the stubbornness, brute force , and the strong will of the wearer. This constellation drawn with head and horns is a representation of a warning.

Those who chose the Taurus constellation as their tattoo are proud of their argumentative personality, their dependability, and overall intelligence.