28 3D Tattoos That Will Twist Your Mind 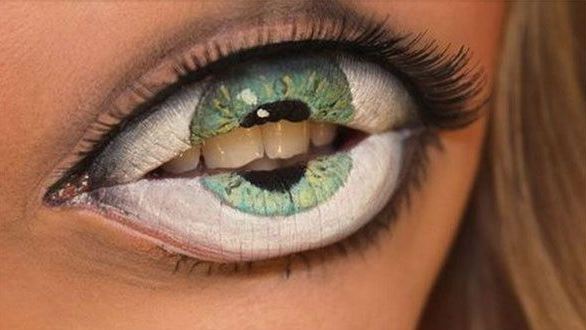 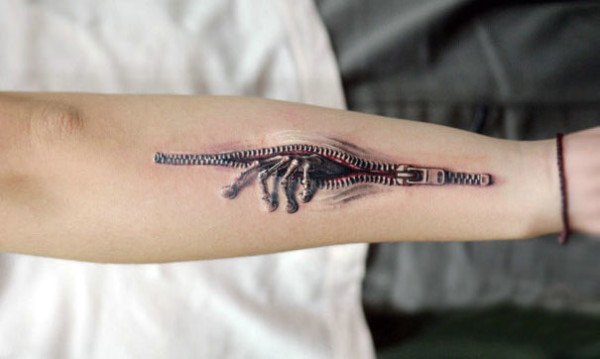 Optical illusions, or the science of fooling our brains, can be quite interesting. Take that up a notch and have them permanently inked on the skin, and you just created a one-of-a-kind 3D tattoo.

These tattoos are a unique combination of confusion, beauty, and skill, all wrapped into an inked design that literally tricks the brain into thinking it could be real.

Even after you know how this illusion works, the idea behind it can be quite compelling. The following information is going to show you the magic behind the science, the most popular 3D tattoo designs, and which tattoo artists are best for this particular ink.

Most magic tricks have very little staying power because they are based solely on deception, so while they may appear perplexing and exciting, once you come out of the dark and figure out the trick, the mystery is gone.

The optical illusion works differently, because there really isn’t any deceit being played, even if you knew the secret it will still have staying power.

The optical illusion fools the brain, and no matter how many times you look at the image, your brain wires get crossed and you see something much different than just white ink and black ink on skin.

The best tattoo artists can manipulate different shades of ink until they look identical up close, but the entire image appears now to jump off the skin.

The Science Behind the 3D Tattoos

The 3D tattoos are nothing more than creative optical illusions on the skin that spring to life due to the high degree of skill of the artist.

The tattoo artist is trying to trick your brain’s expectations against what really is inked on the skin. With the right degree of shadow, a butterfly tattoo can look like it is resting on the shoulder about to gently fly away at a moments notice.

The 3D tattoo simply fools the brain from seeing pixels of the digitized illusion and connects them with real-life images.

The best in the country can make that flesh wound look like it needs serious medical attention or design that spider climbing up the web a needs a shot of some good bug repellent.

The Added Power of this Illusion

Now take into account there are plenty of optical illusions that you have seen for ages that still get the exact same response from your brain regardless how many times you have seen it.

The picture of the young woman and old maid in the same drawing, or the staircase that looks like it is going up and down at the same time, now incorporate another element to the mix.

The 3D tattoos are difficult for the brain to process because there really is no point of reference, so they seem to explode from the skin at first glance.

The secret behind why the 3D tattoo is so powerful lies in the skill level of the artist and the colors used in the design.

This is not the type project for the novice or inexperienced artist, to pull off the illusion you need an artist with a steady hand, drawing talent, and extreme patience.

The secret in the design is all about shadows and how one color can give the brain the appearance that it is actually several different colors in one.

To give the colorful Monarch butterfly the impression it is fluttering their on the skin, the artist must utilize many different shades of black that are very close to one another to make this work.

The shadows create the illusion, and black ink will not trick the brain unless it has many different shades closely aligned to one another.

If done incorrectly, the 3D tattoo design will look nothing more than a traditional ink job, resting flat on the skin with no signs of moment or distinction.

Tricking the brain is not as easy as you might think, and if the artwork is not spot on, then the brain simply sees that butterfly as just a stamp on the skin.

The brain works hard to not get things wrong, and it will make an association of a spider crawling up the skin or a hand busting trough broken skin if the shadow and shading are precise.

When the subject matter for the tattoo design is placed on a traditional color background or outline, the brain will quickly search for past references and make a judgment call.

When the tattoo is designed with a unique background or border where the brain does not have a reference, it will simply allow you to see things as they appear.

The Most Popular 3D Art Designs

While the best artist can bring just about any subject matter to life with the right shading, there are already a few popular choices that seem to have really made a connection with ink lovers.

The flying butterfly, the ripped apart skin, the crawling spider, and the machine parts under the skin surface are already making huge waves in the tattoo industry.

The reason most people love the optical illusions is that it can make our skin crawl and peak our sense of curiosity at the same time.

On some level, the brain not being able to tell two similar colors apart is wildly fun and completely curious at the same time.

Although the brain is being frustrated and making a quick decision that is wrong when it comes to the 3D design, it just has that appeal like driving by an accident and trying not to look.

As the 3D tattoos are still in their infancy, now is the perfect time to experiment with a creative idea before the tattoo market gets saturated.

The flying butterfly design is already the most popular, and in time the brain will easily recognize the difference.

With 3D designs, you get to incorporate your own personality while shocking and peaking the interest of those who see it.