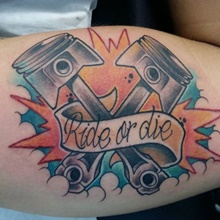 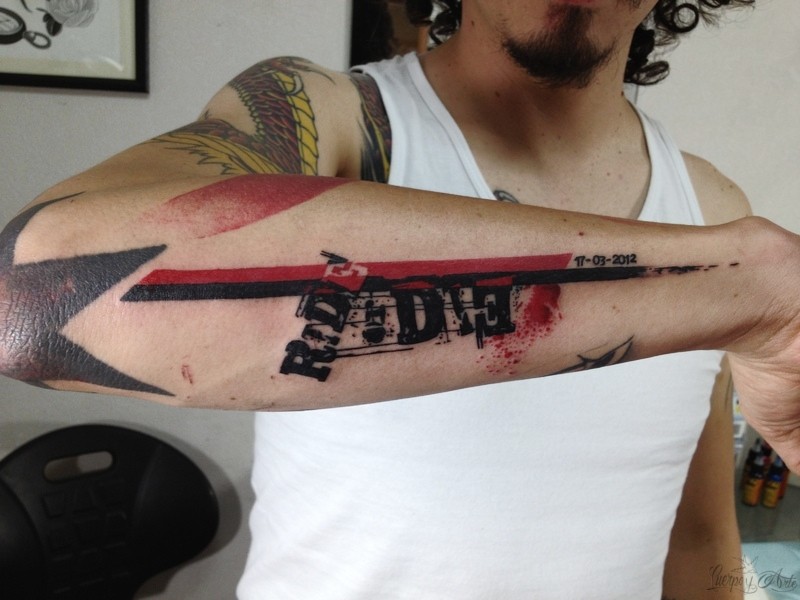 The ride or die tattoos are deeply entrenched in the motorcycle riding lifestyle for a number of reasons. For many people, they adore the lifestyle of being a rebel and free spirit sometimes more than actually getting on their hog and hitting the highways.

For those who bleed motorcycle oil, the ride or die tattoos are a code they live by, similar to how the rest of us need air to breathe, these people simply are consumed with being on their bikes and riding wherever the road takes them.

Let us discuss a little more about motorcycles, gangs, and these tattoos:

Not all motorcycle gangs are bad, in fact, they allow people the opportunity to travel on their bikes as a group, much safer of the roads when there is a pack then riding lone wolf style.

For many motorcycle gangs, ride or die tattoos symbolize a lifestyle of freedom, individuality, and power. When brothers and sisters are part of the gang, they take care of one another, they protect each other, and they will do anything to be able to travel on their bikes.

There are numerous shows on television today that glamorize the biker lifestyle, and not all gangs are violent, they are a tightly knit group of brothers and sisters who feel that they want to take back control of their own freedoms.

The Allure of the Motorcycle

For those who love everything about riding motorcycles but are not yet ready to step up and get a patch in their local bike gang, the ride or die tattoos allow them to express themselves and how they are drawn to this lifestyle.

For these folks, the ride or die tattoos symbolize determination, unwillingness to compromise, and fearlessness.

These three little words can be inked in a number of creative fonts, or wrapped around a motorcycle and inked just about anywhere on the body.

Whether an avid rider or not, just about everyone knows that ride or die is just a shortened version of live to ride, ride to live.

The Ride or Die Meanings

Today you will see the ride or die tattoos inked on hardcore motorcycle gang members, doctors, lawyers, dentists, politicians, models, strippers, and everyday guys and girls who are attracted to that bad-boy lifestyle.

Riding a motorcycle is all about freedom, and for these folks the ride or die tattoos represent the ability to do things on their terms, to make the rules and break those rules, and to be able to escape the confines of this crazy world in no time at all.

For these folks, nothing can get them as high as being on the bike with the wind in their face and being able to see the world outside those metal boxes on the highways.

Whether you have to be riding your Harley this weekend or you are an avid cyclist, the ride or die tattoos speaks differently to everyone. It is based on freedom, but once you are out there with nothing but two wheels between you and the road can you understand the absolute power in riding.