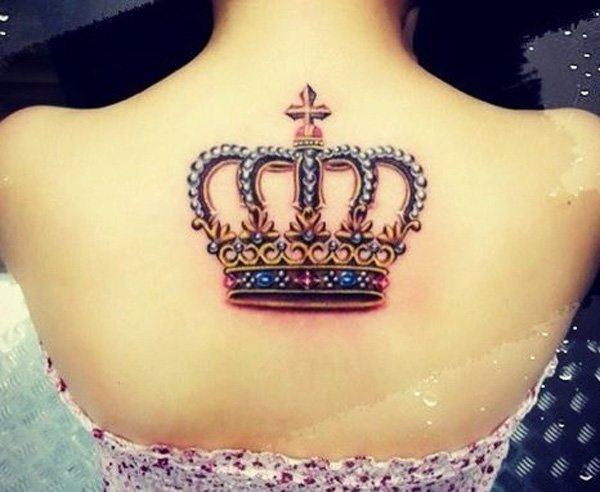 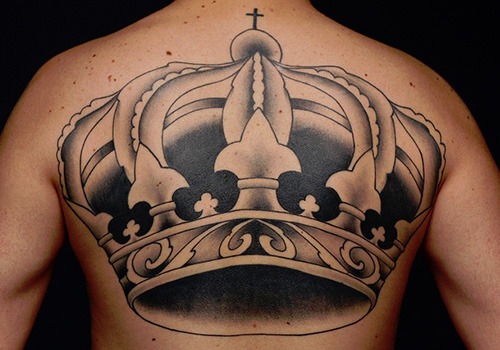 Make no mistake about it, the king crown is easily recognized around the world as a symbol of power, authority, and leadership. While getting inked with a king crown as a single element is not as popular, once it becomes part of any multi-element tattoo it will literally become the focal point. Although the crown has deep ties to royalty, it is symbolic of wealth, power, and supremacy that appeals to ink lovers today.

If you are curious about the popularity of the king crown tattoos, here are some of the glorious associations with this particular design:

Whether placing a small crown on the neck, fingers, or wrist, or covering the chest, hand, or back with the king crown, it is associated with a variety of powerful meanings. If choosing to place the king crown tattoo alone or as part of other components, it represents importance, luck, religion, longevity, nobility, leadership, and rightful power.

The crown can easily be a permanent reminder to some that is designed to help them to reach heights or goals they have set for themselves.

The Leader of the Land

The king wears the crown, and he is considered to be the highest authority in all the land. Different kings have their crowns adorned with different stones that are strategically placed based on blessings and meanings.

The king is in charge of his subjects, and with that responsibility comes incredible power. In many ancient cultures, the person wearing the crown was considered to be God-like, and anyone who defied this ruler was considered to be initiating an act of treason. That association with authority, power, and leadership is quite appealing to many today.

Religious Associations of the Crown

Dating back to the time of Jesus, Christians believed that the crown was representative of the divine. This has to do with the association of the crown of thorns that was placed on the head of Jesus before he was crucified.

Many choose the king crown tattoos because they are deeply rooted in Christianity and can be drawn with a cross, dove, or olive branch. These crown tattoos for those who have associated it with religion are symbolic of achievements, sacrifice, or a personal struggle today, yesterday, or ongoing in the future.

The Size of the Crown

One of the appealing aspects of the king crown tattoos is you can be quite flexible with the size of the design. While the smaller-sized crowns do not have much in the way of details and adornments, they can be concealed on the neck, ankle, or wrist, and work as a gentle remind for some they are in charge, they can overcome, and they will eventually persevere.

Others choose to go big or go home, and utilize putting their names under the crown to broadcast to the world they are in charge.

Many females add the word princess under the crown to represent they have the power, passion, strength, to overcome all obstacles. It is common for women to incorporate flowers and jewels to add some personality to the crown.

The king crown tattoos can be representative of the zodiac sign Leo or a belief in a religious figure, and everything and anything in between. Whether trying to be perceived as king of the jungle or the ruler of the lands, this is a powerful tattoo design that speaks to many.

Realistic Tattoos Meaning: What Do These IT Mean By?

Realistic Tattoos Meaning: What Do These IT Mean By?