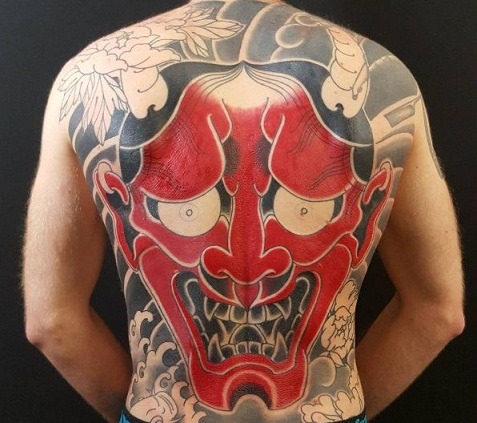 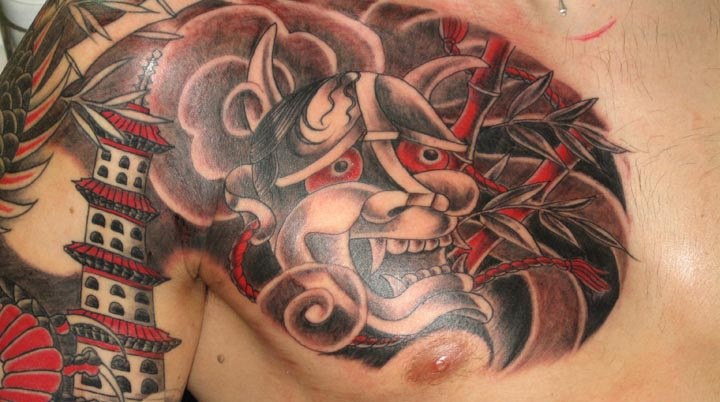 One thing is certain when you see a Japanese tattoo, it will certainly leave a lasting impression with you. These are not your typical tattoo designs, they are works of art that have a deep spiritual and cultural significance to them.

With the Japanese tattoo, you will find that there are many different motives recurring in the design that have roots in traditional Japanese literature, art, folklore, and religion. Before getting inked, take some time to get familiar with the most popular motifs so that you can be more in tuned with your ink.

Below are some brief descriptions for some popular Japanese tattoos.

When you think of the Japanese lion, think more the imagery you see in parades carried by several patrons. The Lion depicted in a tattoo design represents protection, power, and strength, and is usually drawn guarding the entrance to a temple or shrine.

The tiger is both feared and worshiped in traditional Japanese culture. When utilized in body ink, this Japanese tattoo symbolizes courage, power, and strength. The tiger has a long association with the wind, evoking images of brave warriors, as is often drawn in an aggressive posture with its mouth wide open.

The sharp teeth of the tiger strike fear into the hearts of those who come in contact with this dominant creature of the forest.

Perhaps considered to be the more iconic of all motifs in a Japanese tattoo, the dragon has been a part of East Asian, Shinto, and Buddhist cultures for centuries. When the predominant character in the Japanese tattoo is the dragon, it symbolizes wisdom, courage, good fortune, power, and strength.

When the dragon and tiger are in the same tattoo, is can be representative of an internal struggle or conflict due to their opposing natures. Each color of the dragon in traditional Japanese tattoos symbolizes different qualities.

One of the mainstream designs in a traditional Japanese tattoo is the Koi fish. This beautiful and colorful fish is symbolic of hard work, determination, persistence, and luck. The struggles this fish must overcome make it a popular choice for anyone battling an addiction, fighting to break free from an abusive relationship, or dealing with the loss of a loved one.

The Koi can be inked in a different colors to represent different traits or character. Koi swimming downstream represent struggle and obstacles not yet overcome.

It is very important that you carefully research the characters in your Japanese tattoo design before getting inked. These symbols are deeply sacred and have very specific meanings associated with them. Mixing two symbols could be problematic in that you are combining two opposite forces that do not work well together.

These can be some of the most detailed and beautiful choices for body ink.