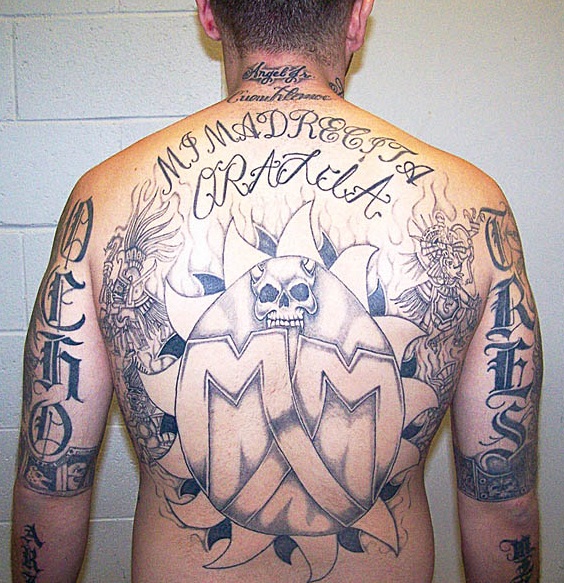 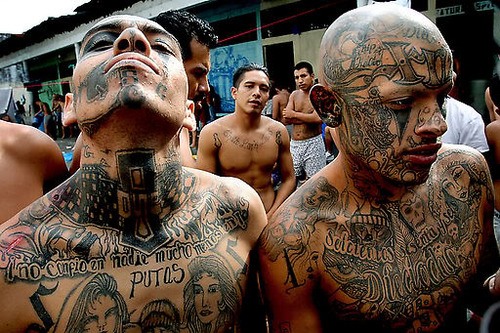 While on the surface the Mexican mafia tattoos may appear mysterious to those outside that inner circle, those getting inked know exactly what the designs represent. Like most mafia or gang related tattoos, it is a permanent reminder you are part of a family, not the family you were born into, a family you have chosen to put above all else in your life.

These are body ink designs for the hardcore, they tend to speak a language of their own, and usually this tale is one of violence and also survival.

Language of the Mafia

Just like the stories of the Italian mafia on the silver screen, the Mexican mafia is all about anonymity and secrecy. These gang members work in the shadows and thrive by staying out of the light. The Mexican mafia tattoos speak a language of their own, representing an allegiance to the family, dedication, commitment, and willing to die for the family.

Many of these tattoos have a person’s name, or the street name they go by in the gang, These tattoos can also tell a story about where or when a person has been in jail and for what.

Getting the Mexican Mafia Tattoos

Those who choose this particular tattoo design do not enter that decision lightly. The Mexican mafia tattoos are usually inked while in prison, but many are done underground by other members of the gang to show this person is now a member of the group.

These tats are a way to show rival gangs this person has completed membership in the Mexican mafia, and the tattoos keep coming as that person’s criminal career begins to unfold. If this person winds up in jail, the Mexican mafia tattoos show that he is already affiliated with a crew, and that affords him protection against other inmates.

Most people who are fans of body ink are not going to stroll into a tattoo parlor and request to get inked with the Mexican mafia tattoos because of the deep-rooted gang associations. These tattoos are either done underground or done covertly while in prison. The Mexican mafia is perhaps one of the most pervasive gangs in the entire Mexican prison system.

Their main tattoo depicts an eagle holding the snake in its mouth, usually perched high on top of the letters gang letters E.M.E. or M.M. Many designs also have images of guns, naked women, or three dots. These designs represent recklessness, power, fearlessness, dominance, strength, authority, and most importantly, it means family.

It is very important you understand the meaning behind the Mexican mafia tattoos and not run out to get any one simply because the meaning appeals to you. For example, if you get inked with the gang gun symbol, you might be surprised that it means to other gang members different things.

The gun design tells others you are carrying a gun, and if pointed outward you are a shooter, side view means you are always packing.

When it comes to these particular tattoos, think before you ink. Many people on the streets know what these tattoos mean, and they’ll assume you represent the message your ink is putting out there.