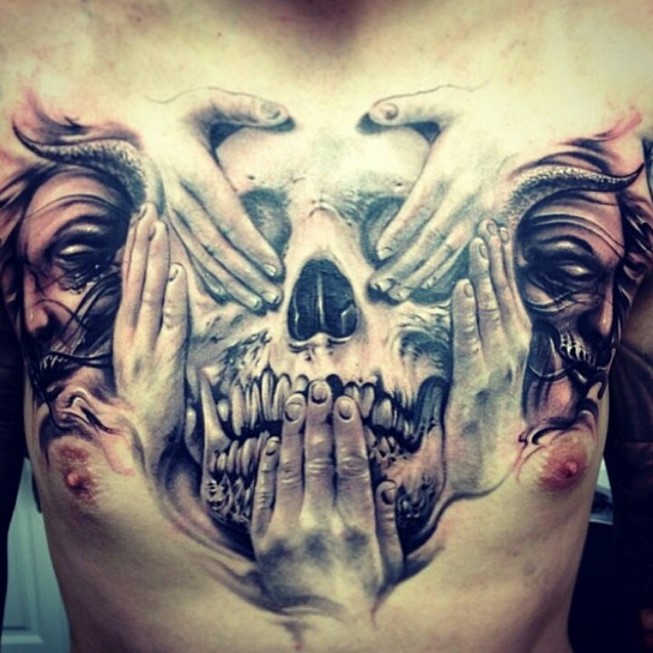 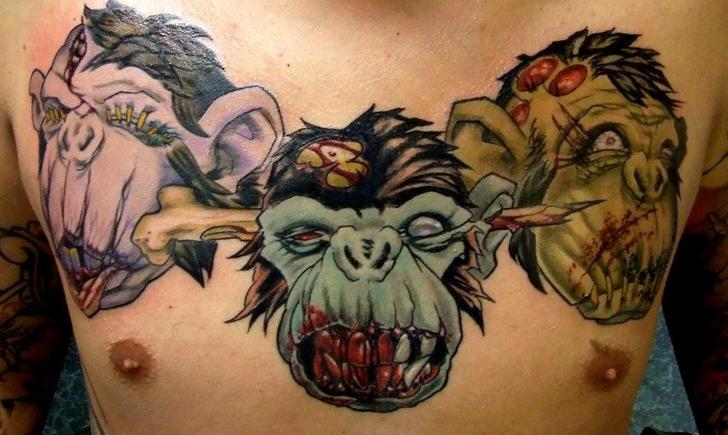 The hear no evil, see no evil, and speak no evil tattoos are often referred to as wise monkeys or the mystic apes.

Today, many people make use of other symbols in place of the monkeys to get across the same meaning but to add a unique twist into the design of their tattoo which are similar to the real monkey tattoos.

Whether it is three skulls, three cartoon characters, or three zombies, the deep meaning associated with the hear no evil, see no evil, and speak no evil tattoos is quite unique.

Here is how this unique symbol has transformed in recent years in different skin art.

The association of the three monkeys in the hear no evil, see no evil, and speak no evil tattoos includes being of good mind, good speech, and good action.

The Western world the phrase symbolizes those who must deal with impropriety by turning the blind eye.

Even before the Japanese began to utilize the three symbols, the Chinese had similar associations to the number three and the diverse struggles of man.

The Japanese simply shortened these references into the hear no evil, see no evil, and speak no evil tattoos that you see today.

The Unique Play on Words

Although the meaning behind this saying has very little in fact to do with a monkey, the play on words stuck.

Today many people twist these words to represent simple beliefs or to show how they are dealing with inner demons that keep them from lashing out.

The money was believed to be the messenger of these words, but today any character can be quickly associated with this unique tattoo.

Three characters with their hands over their eyes, mouth, and ears represent the ability to walk away from evil, to avoid conflict, to steer clear of trouble, and to be working tirelessly to walk that straight and narrow path.

The hear no evil, see no evil, and speak no evil tattoos have taken on a life of their own. Zombies appear with eyes stitched shut, mouth sewn closed, and a knife driven through the ears.

Today the tattoo can represent a person making changes to avoid their bad deeds being reported to heaven.

Others use the three symbols to show that despite being watched, they will not give in to the rules of society.

The three symbols for those who refuse to conform to societies rules show that even if their senses are taken away, they will still be unique, proud, of the individual they are.