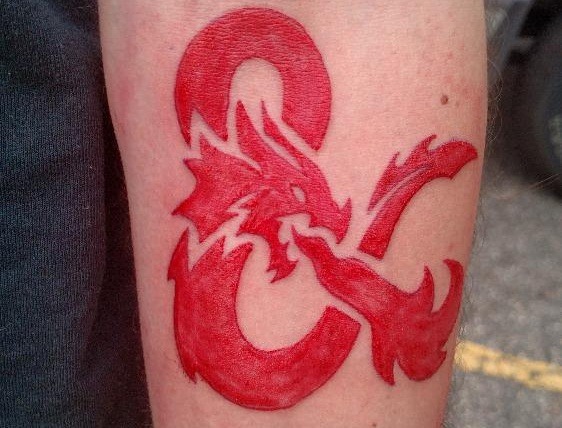 One of the most allusive tattoo images that have really been gaining popularity when it comes to body art is the ampersand. For those who are not sure what the ampersand is, this is the tiny curly symbol used in writing to symbolize the word and.

That being said, it does have a plethora of significant meanings that are dependent on the intent of this symbol. At its core, the ampersand tattoo meaning is representative of continuation, derived from Latin language and considered to be an additive relic that’s completely inclusive.

Uncovering the Origins of the Ampersand

The ampersand symbol is represented in the English language today as the “&”. Dating back to old Latin, the ampersand became a typographical symbol that was derived by condensing the Latins word for “et” that meant “and”.

The Ampersand in Modern Times

The ampersand is actually called a logogram, a unique symbol that represents a certain word or words. Today, many body ink lovers choose the ampersand to show the world there is more to them than meets the eye.

When you leave someone hanging by ending a sentence with the word “and”, they want to learn more. The & symbol says there is more to this person than beauty, power, determination, just below the surface.

The Indication of the Future

One reason the ampersand is so appealing to many who get tattoos is because it can be left open and mean several things depending who is looking at the tattoo. The ampersand represents the word “and”, and this conjunction immediately necessitates additional words to complete the sentence.

The ampersand appeals to the wearer in two ways, it leaves the sentence open for them to change as they grow, but it also leaves the world guessing as to what follows that symbol. After the ampersand should come an additional clause, more of a description, further information, to help complete the phrase.

This symbol represents the future, an expectation something is going to occur. For many, it represents the ending of a challenging period, while others see it as the beginning of a flourishing time and a road to a brighter path.

The ampersand tattoo meaning can mean different things for the wear and the person viewing it, and that is part of the mass appeal of this little symbol. It might be representative of marriage, friendship, or a union.

It symbolizes an attachment to something or someone or it can represent an endless journey or quest. The ampersand can represent a lifelong passion for art, writing, or anything significant to the wearer.

Because the ampersand is a vague image, relying on individual context to explain the significance, it can be incredibly personal.