Find Out The Meaning Behind The Planet Light Bulb Tattoo 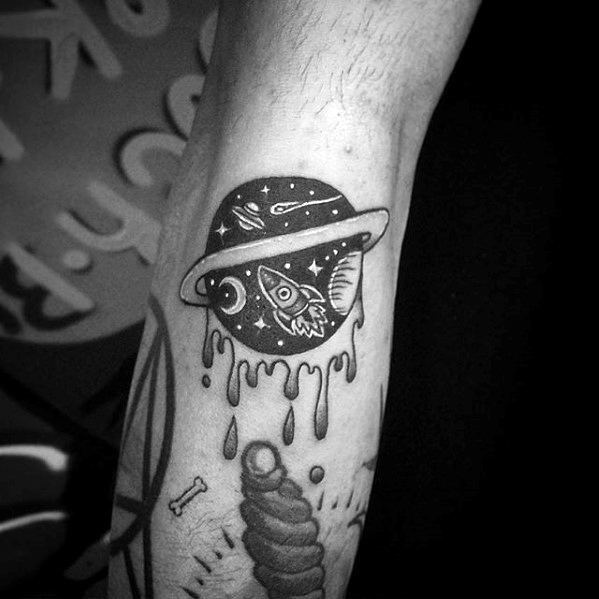 People often get tattoos because that specific design, symbol, or quote means something special to them. For instance, people who get the rose tattoo want to remind themselves of a lost loved one; people with the two peas in a pod want to showcase their significant other. Tattoos play a huge role in helping the wearer gain more confidence and understanding of their own true identity. HIV patients and people from the gay community use the biohazard tattoo to express their identity without being vocal about it.

There are several reasons why people get tattoos; people might get a tattoo for self-expression, attention, or a reminder of an event or someone special. Each tattoo has its own special meaning and history; today, we will discuss the planet light bulb tattoo. Continue reading on as this will surely be educational! We’ll be mentioning the meaning along with some placement ideas in case you decide to get it.

What Does The Planet Light Bulb Tattoo Mean?

The planet light bulb tattoo has several variants; a wearer could choose to have all planets within the bulb or maybe one specific planet. Other than this, some variants of this tattoo consist of the planets surrounding the light bulb. However, the meaning of the tattoo doesn’t change; the idea behind it might. The light bulb itself symbolizes creativeness, an idea, invention, and intelligence.

The light bulb’s planets may represent a connection that is too complicated for the human mind to understand. The wearer of this tattoo might have a religious belief that everything in this world, within and external, is somehow connected. Everything works the way God wants it to. The wearer of this tattoo might use it to give themselves hope when times are bad, basically meaning that when things go opposite, there is a reason and all you have to do is stay patient.

The most common symbolism of a planet light bulb tattoo is a clear path. A broken light bulb planet tattoo would mean the opposite. Since the light bulb represents a bright idea or clear pathway, the planets or planet included in the tattoo would also represent the same meaning. This tattoo tries to tell the wearer that even though the universe is huge, you have one specific path to follow, leading to your success or happiness.

Light in the Darkness

As you may know, light bulbs are commonly connected with intelligence. The planet light bulb tattoo takes this meaning up a notch. The connection of the light bulb and planets represent a mind that knows everything. People with religious beliefs may connect this idea with God, whereas some might connect it with their own mind since we only use a certain percentage of our brains.

The Placement of the Tattoo

The tattoo placement depends on the wearer; if you’re okay with others being able to see it, you could place the tattoo in easily visible areas. However, if you intend to keep the tattoo a private thing, you’ll have to go to other areas. When it comes to getting any tattoo, the placement is crucial. Therefore, we have mentioned a few ideas below.

The best placement areas for the planet light bulb tattoo are shoulder, forearm, leg, chest, and neck. Since the tattoo looks best when it isn’t too big or too small, these placement ideas will make your tattoo look more attractive.

This tattoo has multiple variants; you can pick one or craft your own by explaining your idea to the tattoo artist. Some people prefer the planet light bulb tattoo to be shaded grey or dark, but it is up to you as to what color or overall design you prefer.

There are some other interesting variants of the planet light bulb tattoo which we have mentioned below for you.

This tattoo represents darkness in the world. It gives the idea that the universe we live in has darkness and one must accept it to move on in life.

This variant represents the beauty in the earth. It is a great tattoo for the wearer to show his or her appreciation towards planet earth and all the sentient beings within.

As you can see, we have mentioned the meaning behind planet light bulb tattoos. Keep in mind; these are common meanings; however, the meaning may vary depending on the wearer’s culture or religious beliefs. If you’re interested in getting this tattoo, make sure to give your tattoo the meaning you’re looking to portray.