The Beauty behind Peas in a Pod Tattoos 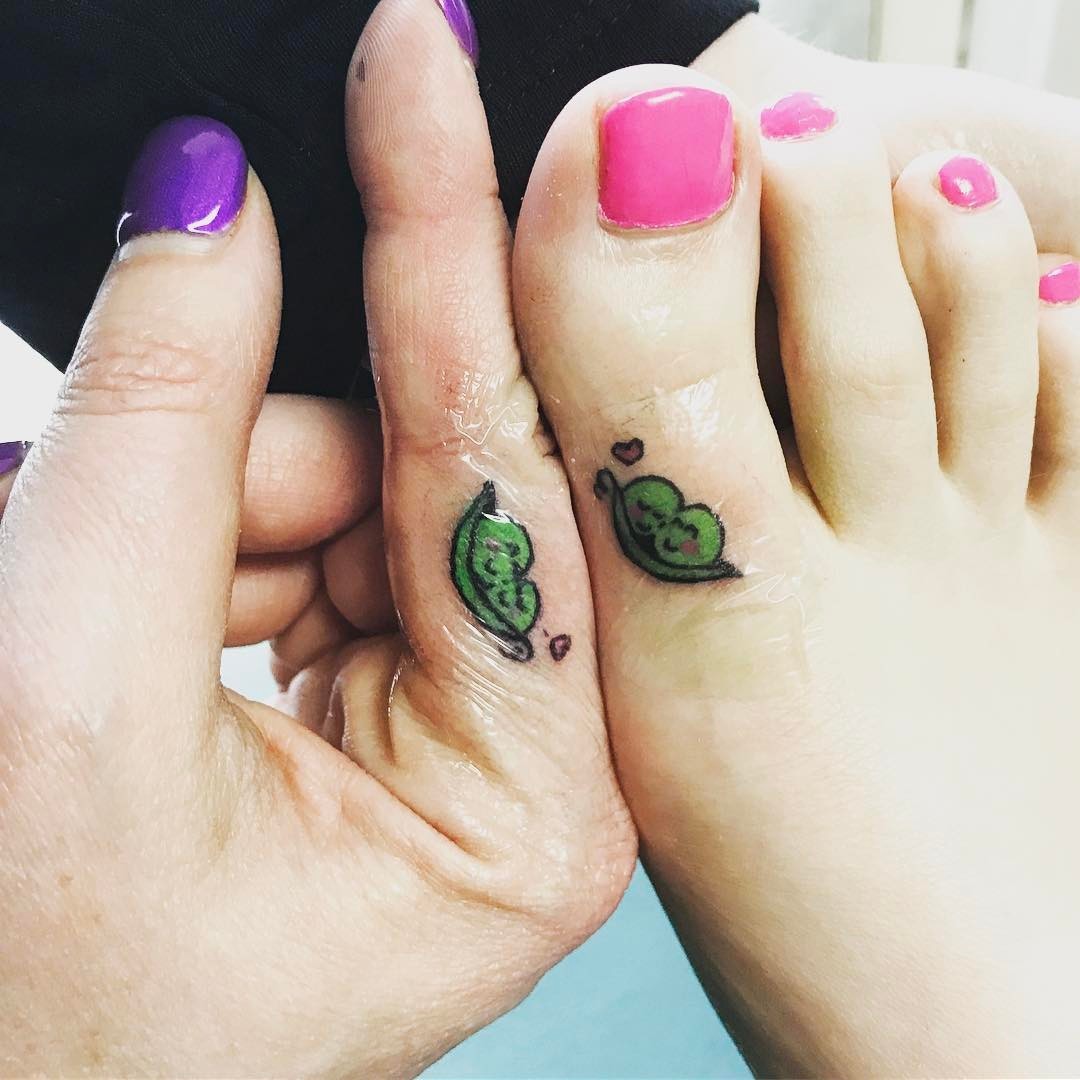 The tattoo has become an art form, and there is significant growth in the popularity of tattoos. There was a time when tattoos deemed as a negative thing. People didn’t see the message behind the image as the people who wore it were mostly criminals or people connected with the mafia.

Due to this, for some time, tattoos had no importance in people’s eyes; however, with time, this changed. Now you will find at least one person in your acquaintance with a stunning piece of art tatted on their body. The increase in the popularity of tattoos is solely due to the beauty people see in it now. Each tattoo carries a message that means something special to the wearer. For instance, a rose tattoo personifies love, betrayal, beauty, and relationship.

Tattoos are a way of expressing your true identity and not to be ashamed of it. People with HIV tend to ink themselves with the biohazard sign so that people may know what disease they are carrying and so they don’t have to be vocal about it. This freedom of expressing your emotions through the art on your body feels pleasant to the soul and helps in moving forward in life.

Pea in a Pod Tattoo

Today we want to focus on a tattoo that represents brotherhood, similar liking, friendship, soul bonding, and a strong relationship between two people. This is a tattoo people use in memory of someone they loved, for instance, a best friend or someone they get along with and can share their happy and sad moments.

Most people don’t know what two peas from the same pod means and are not aware of where the term came from. Well, the phrase is really old; some believe it dates back to the 16th century.

Idioms, as we know, have deeper meanings within as they best describe words and expressions through a phrase. The phrase two peas from the same pod is quite simple and straightforward; there is nothing philosophical in its meaning. It means that two peas are identical in every aspect, especially appearance.

What does it mean?

As mentioned, the meaning of this phrase is quite simple, and it refers to the characteristics, personality, or thinking of two people to be the same. Not only this, but it also symbolizes the perfect team. The phrases express a great bond and connection between two people.

As a tattoo, the phrase portrays the same message and has the same meaning. This is why people tend to get the tattoo inked onto their bodies. It is more likely that two people get the tattoo at the same time to create a special moment or even separately, but what matters is that both should have it.

The tattoo does not have a dark or sad message. It only portrays the beauty of a relationship to people share and how they are identical to each other. Peas in a pod tattoo also symbolize that nothing can come in the way of their bond.

Why do people get this tattoo?

People get this tattoo to show a deeper connection with the other person. It doesn’t necessarily have to be a friend; it could also be the person you’re in love with. An excellent understanding between the two and having common liking and disliking indicate the bond, just like the two peas in a pod.

The Placement of the Tattoo

Some tattoos are ideal for a specific body part, which makes the tattoo look better and express what it means more boldly. The same goes for this tattoo, as inking it somewhere visible is essential. The wrist, arm, neck, and calf are the best parts for inking the peas in a pod.

Placements of tattoos are important unless you want to keep it private, that’s a different story. However, if you want people to know that you and the other individual with you are really two peas in a pod, you have to find a visible spot.

As the tattoo is generally smaller, you don’t need a lot of space to get this tattoo inked to your body. However, if you’re looking to cover a wider portion of your body with the tattoo, you could add some extra features to it.

Some features could include the peas having a face of their own, the bowl to be bigger, or you could add this tattoo into one that is large enough and already exists on your body.

The tattoo has a playful meaning that helps in developing your bond with someone to another level. It showcases how the other person means a lot to you. As we know, inking our bodies is never just for fun, there’s always a reason behind it. Mostly that reason is to express something that words cannot express.

As they say, actions speak louder than words, getting peas in a pod tattoo is an action that expresses your commitment, love, affection, and loyalty to someone or something.

To conclude, yes, the tattoo is quite unique, and not many people adorn their bodies with this beauty. But, sometimes, minimal designs hold more value just like this cute small tattoo. One thing to remember if you ever plan on getting this tattoo is to make sure the other person is willing to do the same, and ensure to give importance to the placement of the tattoo. Happy tattooing!