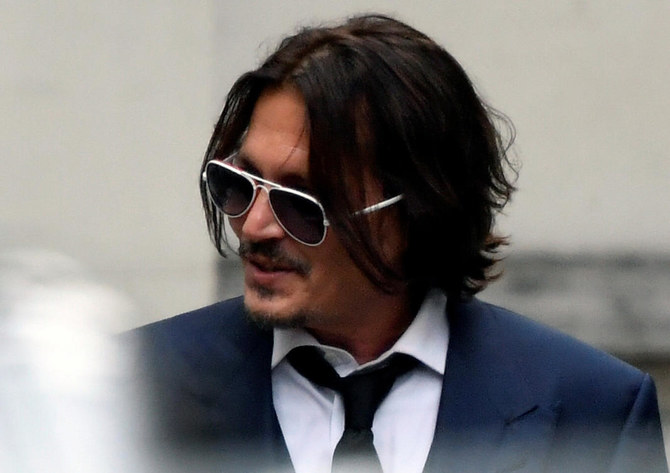 Who does not love Johnny Depp, especially if you are a 90s kid? The Golden Globe Award winner is a well-known American actor, musician, and producer who have been working since his teenage. He made his first appearance in the 1980s television series “21 Jump Street.” Who doesn’t like fame? But it takes you through a long phase of hurdles and challenges. So, Johnny Depp also faced many obstacles to becomes one of the biggest film stars. Many people around the world adore him for his acting and singing skills. Besides, Johnny Depp is famous for his amazing tattoo designs.

Getting tattoos all over your body isn’t easy, as it requires time, money, and pain tolerance. Still, the Pirates of the Caribbean star has stunning imagery all over his body that depict his qualities and some dedicated to his favorite movies. Johnny Depp has a minimum of 25 tattoos that represent his journey in the entertainment industry.

Do you get inspired by tattoos that express your love and strong bonding with your family members, like Johnny Depp? You may get surprised to know that some of his tattoos incorporate his children’s names, and the Jack Sparrow tattoo is an inspiration from his famous film role.

Johnny Depp has got tattoos inked on different parts of his body like the left arm, left shoulder, index finger, left forearm, collar bone, right leg, left leg, wrist, and ribcage. So, you can also get any of his famous tattoos inked anywhere you want, depending on their size and design.

Johnny Depp has multiple tattoos that he has got inked so far. We have gathered the most eye-catching and significant ones for you.So, scroll down to dive into the most popular collection of tattoos of one of the hottest celebrities.

He got the tattoo on his left leg, dedicated to his friend Hunter S. Thompson, an American Journalist and author. His friend initiated the” Gonzo Journalism” movement that claims objectivity. Johnny got Hunter’s birth year (1937) and death year (2005) tattooed.

So, the Gonzo tattoo portrays our love for the ones who have gone away. There may be certain people in your life whom you love a lot, and they have gone far forever. So, you can get it to honor their memories.

Johnny Depp got a Crow tattoo etched on September 9, 2012, to represent the day (WM3 were convicted murder) related to the movie The Crow.

The Crow tattoo on his right hand back represents a man who had committed murder and came to his life back. Although it depicts a negative concept, you can get it tattooed to only show interest in any perception, book, movie, etc.

Inverted Z Flash in horizontal line expresses Earth’s strong connection with Sky. The center line of Z indicates the path of the soul. It depicts the journey that the spirit passes through and walks around. If you get a Z tattoo with the middle line slanting to the right, it expresses the forces that call a person’s soul loudly.

In real meaning, the Inverted Z tattoo shows your passion or issues that compel you to choose the right path in your life. The two horizontal lines (top and bottom) that connect the middle slant line express the journey of your life and the struggles you face.

The skull and Crossbones tattoo on his right arm portrays his film series “Pirates of the Caribbean.” The tattoo indicates danger and risk with skull representation. Johnny loves this tattoo because it has a strong connection with his role in Pirates of the Caribbean. The skull and crossbones tattoo showcases a terrifying scene. If it matches your personality attributes, you can get it tat.

The Inverted Triangle does not have any particular story. He got it tattooed by the Russian painter Ilya Chasnik. The tattoo is on his left bicep. It portrays the art of communism. However, the meaning is entirely novel.

Johnny Depp has some childhood memories attached to this tattoo design. He had the perception that the skeleton key may be the real one that could open any door. So, if he got the skeleton key, there would be no barrier to stop him. In his childhood, it seemed to him a magical thing.

The Cherokee Tribe tattoo on his right arm honors Indian heritage. He got it at the age of 17 as his grandmother was a Cherokee. He is proud of this tattoo, which was first featured in the TV show “21 Jump Street” in the episode “Debbie.”

Johnny matches the tattoo with the perception that you have to keep working towards your goals in life. It may also show the connection to the pirate life and your inner personality traits. Moreover, it symbolizes loyalty, bravery, unity, and freedom.

We got to see this tattoo on his arm at the MTV movie awards on June 2, 2008. The quote ‘Silence Exile Cunning’ is from a book by James Joyce titled “A Portrait of the Artist as a Young Man.” The character does not love his country and calls himself a Black sheep. He also calls himself words like cunning.

Having a tattoo on your body should symbolize a particular meaning, attributions, and personality traits. The above list of Johnny Depp tattoos is unparalleled in novelty and manifests a deep sense. Picking one of them will bring a striking look to your personality. You can prefer any of them, the one that you like the best.