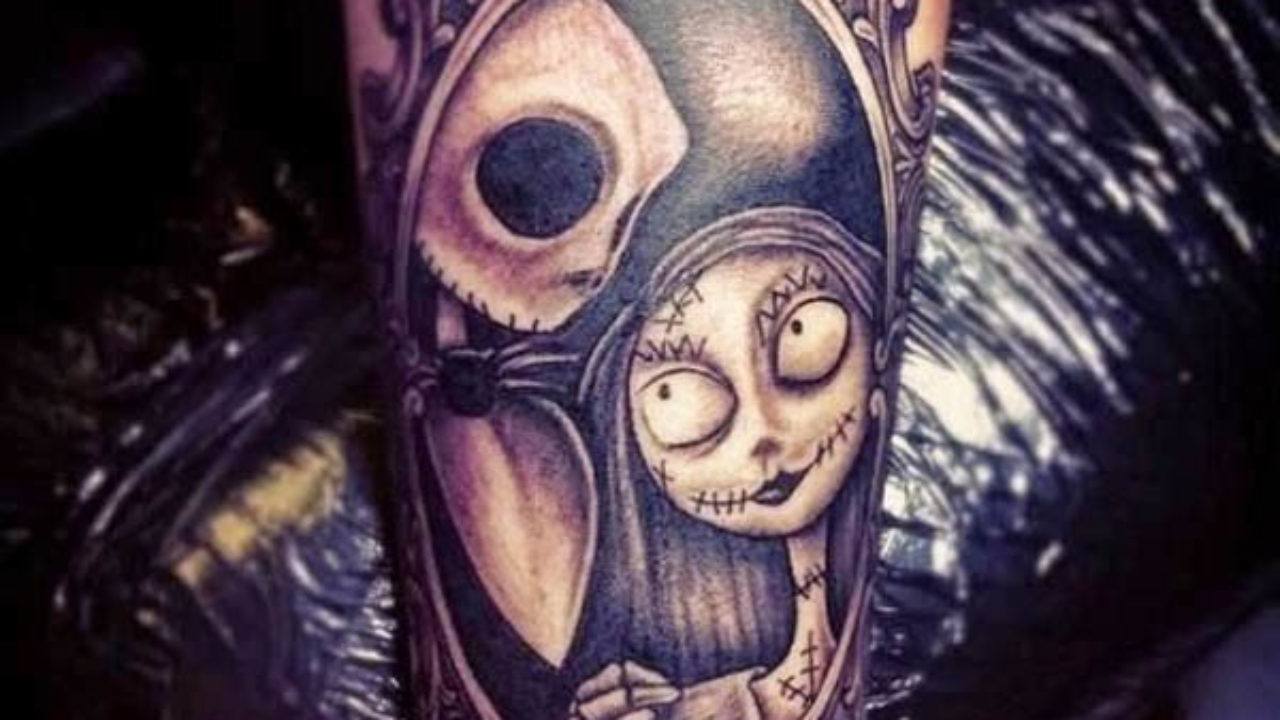 Maybe you love the paranormal or you are just a big fan of halloween. Whatever the reason, a ghost tattoo is a cute, fun and different tattoo to get inked on your body. Go for a classic, cartoon or illustration style. A ghost tattoo will make you part of a group that loves everything horror, creepy and eerie.

Some people are fascinated by ghost culture. And why not? It is fascinating. Ghosts have been part of storytelling for thousands of years. Halloween, which celebrates the opening of the gate to ghosts and fairies on the 31st of October, comes from the Celts – 2000 years ago.

The day of the dead or El Día de los Muertos is a similar ceremony celebrated in Mexico on November 1st. According to legend, the gate between the living and the dead opens and families can visit loved ones on both planes. This ceremony is said to date back 3000 years during the time of the Aztecs.

Who doesn’t love to curl up by the fire and tell ghost stories? Or try to remember stories told at bedtime during a slumber party or camping trip. Ghost stories are entertaining and chilling at the same time. But when did they get so popular?

The Victorian era is known for having so many stories passed down, written or created. This happened during a time when houses were big, with wooden floors and drafty. The wind would blow, the wood would squeak and low and behold, a ghost came into the scene. The paranormal began to fascinate the people who believed that there is another dimension that we cannot see.

Ghost In The Sheet Tattoo

Did you ever cut eye holes in a sheet and throw it over your body? Keep your tattoo original and classic by getting a ghost in a sheet tattoo. This style of tattoo is a bit more old school. A lot of people like to place the tattoo on the forearm, calf or thigh.

This tattoo is best kept black and white. You can make it very minimal with thin lines creating the shape of the ghost and the eyes. Or you can make the tattoo heavier with extra shading to create the creases in the sheet. You can also create movement by drawing the sheet in a way that its ways.

Tattoos can stem from a positive, life-long memory or just being a huge fan. Mario has been part of people’s lives for so many years now. Some people have played the game since its very first version to the newest game available on the Switch. And in every version of the game, there is Boo Diddly – the ghost.

Boo is small, round and have few poses. One when he is chilling – because he doesn’t see you – and the other when he is attacking because you have come into range. He can also stick out his tongue giving him that extra fun, menacing effect! He also has tiny little arms, and if you are battling a main villain, he can wear a crown as King Boo.

Have you seen beetlejuice? There is a whole culture around the movie filled with die-hard fans. One of the most memorable moments is when a character of the movie, played by Wynona Rider, finally understands that the people she sees in her new home are ghosts. More that than, they are the previous owners of her home who died in a car accident earlier that year.

The moment is released when Wynona Rider takes a picture of the previous owners who are trying to scare her using the sheet tactic. She takes a polaroid picture and once she the image is ready to look at, she notices that only the sheets are visible. There are “no feet”. This polaroid picture is the image that tattoo lovers get adorned with.

Frances Bean Cobain, daughter of Courtney Love and the late Kurt Cobain, shocked the world with an illustrative ghost in the sheet tattoo. Designed and tattooed by Dr. Woo, the ghost is quite large and has a lot of shading. Frances promotes herself as a horror enthusiast, so it’s not strange for her to get this tattoo at all!

Alannah Materson and Hilary Duff sealed their friendship with matching ghost tattoos. Yet again, the ghost and the sheet makes an appearance, but this time, tattoo artist Dr. Woo added a “ride or die” scripture at the bottom sheet as requested by the girls.