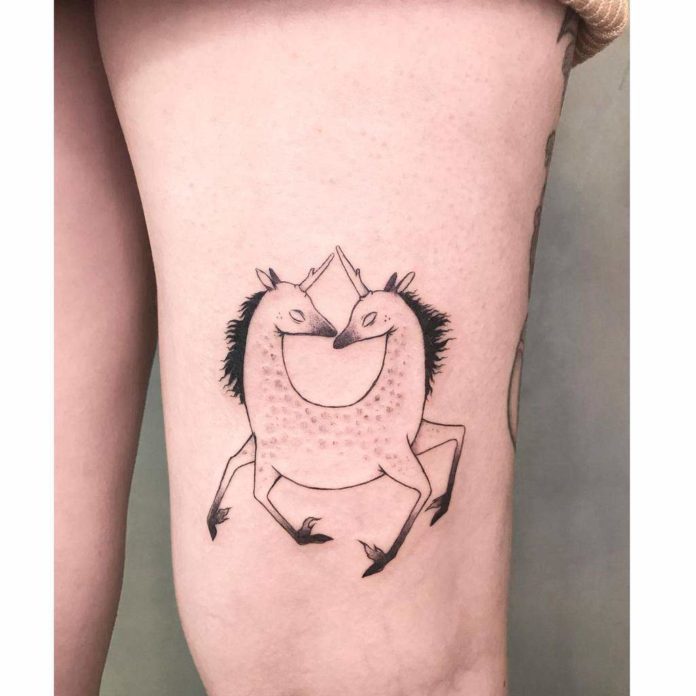 Unicorns are often seen as horse-like creatures with a distinguishing feature or characteristic: a horn on their heads. If you are someone with a preference for cute and artsy characters and elements, you’re probably aware of this mythological creature. Unicorns look cute, magical, funky, and artsy. After all, it’s why you’ll find them in just about all sorts of designs. For instance, it is a popular theme in kids’ fashion, and it’s an interesting theme to decorate a number of different spaces. Since the unicorn design is so popular in today’s world, it should come as no surprise that people have started to ink it on their bodies.

It has been a hot topic in books, movies, and conversations for many years. But despite being so popular, many people are unaware of the symbolism it holds. This is why many people tend to question why a lot of people have unicorn tattoos.

A widely-believed story about the origin of unicorns suggests that they are a part of Greek mythology, but some people consider this false. Nevertheless, it is evident that Greek writers have mentioned unicorns in their work. While these Greek writers seem to be convinced that unicorns exist, they tend to believe that unicorns are creatures that originated from India.

In any case, unicorns gained popularity thanks to Greek mythology. They are seen as mysterious, mythological creatures, and which explains why they’re featured in numerous songs, stories, legends, and myths. According to Greek mythology, a unicorn is a white horse with a horn on its forehead. What’s more? It is believed to have silver blood running through its body.

Even though many people believe in unicorns, there is little evidence that they exist, let alone any sightings throughout the world. This is why it’s clear that their existence is limited to mythology and fairytales. Meanwhile, other groups like to believe that unicorns lived on the planet at some point in time. They believe that the unicorn horn had healing properties and was thus sold at the price of gold.

If you are looking to get a unicorn tattoo soon, it is important that you look beyond its aesthetic. While your tattoo should certainly look nice, make sure you also consider the meaning and symbolism behind your tattoo. In this case, unicorns hold a lot of immense symbolism and meaning, which is the reason many people opt to permanently ink them on their bodies.

The word ‘unicorn’ is considered to come from Middle English and has a Latin origin. The word is divided into two parts: ‘uni’ and ‘corn.’ While ‘uni’ is interpreted as single, the word ‘corn’ was later clarified as horn. This suggests that the name describes the single-horned creature. Other tattoo meanings are associated with symbolism.

Innocence is just one of the symbolic meanings behind the image of a unicorn. According to one story, only the Virgin Mary, the purest and most innocent, was able to tame the unicorn. This is the reason it is also often used to symbolize her life. Not to forget, this story also makes unicorns a symbol of divinity and chastity.

The unicorn’s connection with femininity is directly connected with its symbols of innocence and chastity. This is because the characteristics represent women and their femininity. In addition to this, the unicorn also represents the moon, which is said to be full of feminine energy. Therefore, it is closely linked with the depiction of feminine qualities. Femininity is the most popular symbol behind women’s unicorn tattoos

This symbol of healing does not come alone. Rather, unicorns are also seen as miraculous, heavenly, magical, and wondrous creatures. This comes from the Greek mythological stories that suggest a unicorn’s horn can heal all kinds of diseases. It is also believed that killing a unicorn and drinking its silver blood could save your life.

Unicorns are a very popular design in today’s world. While the origin stories depict unicorns as white horse-like creatures with a horn, new designs associate them with iridescent tones, rainbows, and pastel color. If you wish to add a hint of magic and playfulness to your unicorn tattoo, the rainbow is a great option for you.

Rainbows and their colors are in themselves fascinating and filled with wonder and magic. You can either choose to fill your unicorn’s horn with rainbow colors or add some rainbow-colored hair. Not to forget, you can also create a unique design by pairing a separate rainbow with your unicorn tattoo. A rainbow-colored unicorn tattoo means that you are always seeking beauty and looking at the bright side.

Placement: A rainbow unicorn tattoo design looks best in smaller sizes. This suggests that you should get it inked in delicate areas such as your neck, inner forearm, ankle, wrist, or collarbone

If getting a rainbow-colored tattoo isn’t your preference, a mystical unicorn tattoo design will suit your tastes better. This design is perfect for people who wish to have a more serious tattoo that represents their wild side. Not to mention, it is also a unique design as it does not fall on the feminine, cute or artsy side.

While a mystical unicorn tattoo depicts a more rearing and powerful aspect of the unicorn, it is just as beautiful and stunning. You can play around with different colors and shades, or you can also have the tattoo inked in the same color for a Viking or tribal aesthetic. A mystical unicorn tattoo symbolizes power, elegance, and beauty.

Placement: A mystical unicorn tattoo design is a more profound one, so it looks better with a bigger size. The best placements for such a tattoo include your back, arm, chest, or leg.

Unicorn tattoos are gradually gaining popularity among tattoo enthusiasts as people are starting to understand their meaning and symbolism. Unicorns are a huge part of Greek mythological stories, which makes them a symbol for a lot of positive elements, such as healing, innocence, purity, divinity, chastity, and femininity.