The Meaning behind the Feather Tattoo and Symbols 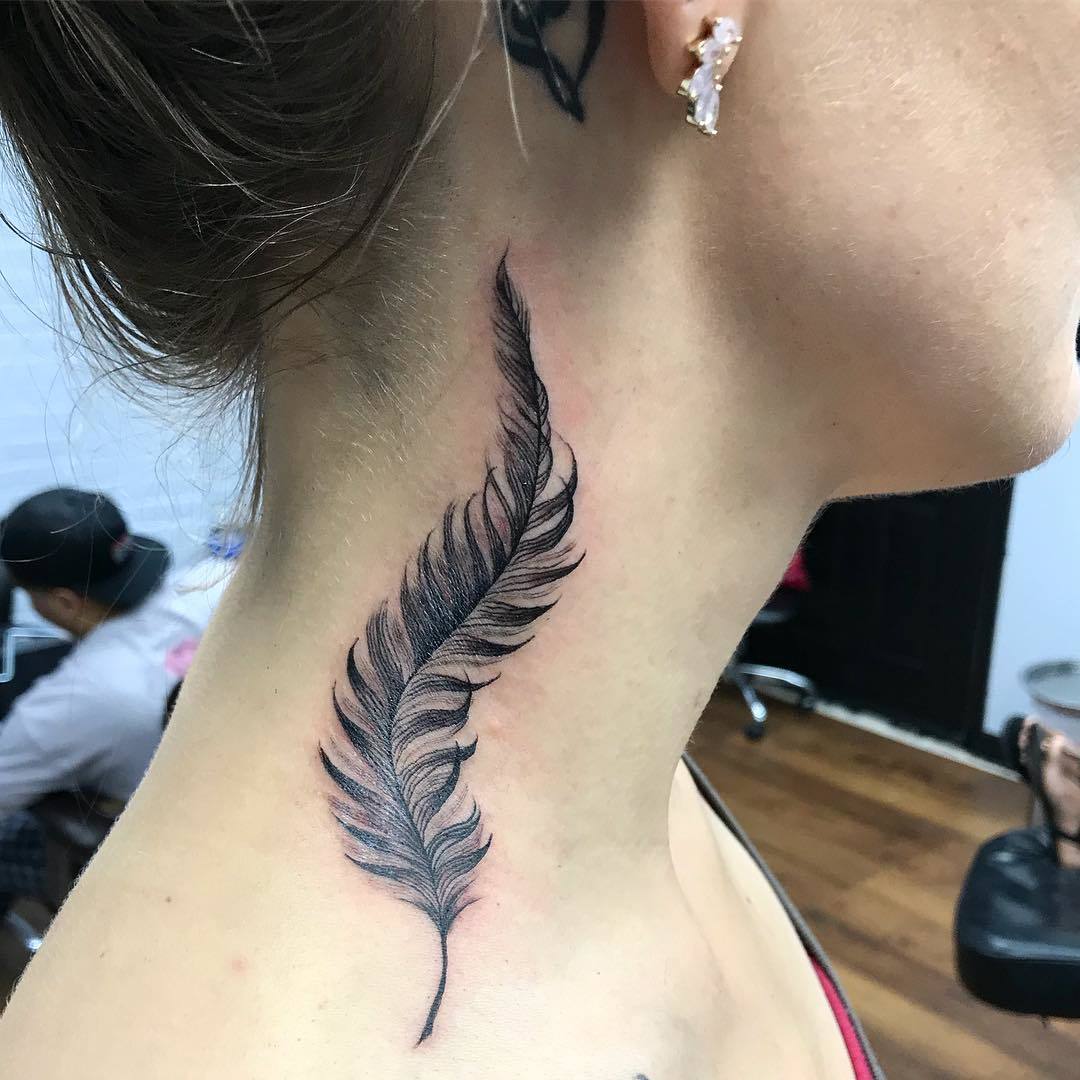 Tattoos are a unique work of art. At first, people linked evil and criminal attributes to tattoos because they were quite famous amongst rebellious people. However, over the years, this thought changed completely.

Today, people see tattoos as a special body art that has a deeper meaning and message behind it. There are a handful of symbols, designs, and quotes that people use to ink their bodies. The meaning behind a tattoo depends on the wearer and the message they want to portray.

Today, people see tattoos as a special body art that has a deeper meaning and message behind it. There are a handful of symbols, designs, and quotes that people use to ink their bodies. The meaning behind a tattoo depends on the wearer and the message they want to portray.So, let’s look further into what the feather tattoo and symbols mean and why people use them to ink themselves. Let the journey begin!

What Does The Feather Tattoo / Symbol Mean?

Just like any other tattoos and symbol, the feather tattoo has various meanings and interpretations. You might know that each bird has a different set of feathers; therefore, the meaning of each feather tattoo also varies, depending on which bird’s feather you are getting tatted. Some may think that feather tattoos have a complex or unusual meaning. Well, that is not the case.

Some feather tattoos convey simple messages; others may have profound meanings. No matter what meaning a feather tattoo symbolize, it is one of the most aesthetically pleasing body tags you can ever get! Here are a few examples of what the feather resembles.

Birds play a great role in Native American myths. The feather has always had great importance to them, and often the feather was a part of the way they dressed like headwear, clothing, and jewelry.

Most of these Native Americans believed that all natural objects have spirits; therefore, for them, the feather had a meaning of quality, virtue, power, and, most importantly, wisdom.

They also believe the feathers to be a gift from the sky. This brought the idea that as the feather falls to the ground, it spreads great energy. This energy resembles the power wind, air, and thunder have.

The chiefs of the Native American tribes would wear numerous feathers as a sign of their connection with the spirits. The warriors of the tribes considered feathers as a symbol of courage and wore it for each battle.

The Egyptians also claimed that the feathers resemble the gods in the sky. A god they believed in was Shu, known as the father of the earth and air. This God wore feathers in his hair; therefore, the Egyptians have always valued the feather.

A goddess in the Egyptians belief is known as Ma’at. She was the goddess of truth and justice and used to wear ostrich feathers. Therefore, it is a fashionable trend in Egyptian culture to have this tattoo.

Feathers have great importance in the Christian belief. For instance, there is a story in the Bible that talks about how Noah saw a dove during the flood as a symbol of hope. Therefore, the white feathers of a dove resemble hope in Christianity.

Other than this, the depiction of the angels in Christianity shows they have white wings, which is also a common tattoo that many Christians wear. Even though the Muslims also believe the angels have wings, but their religion does not allow them to ink their bodies with tattoos.

In the Celtic belief, their God would wear a cloak made of feathers. They believed feathers had mystical powers that could take them to different planes of existence.

In addition to portraying various cultural and religious beliefs, there are some variations of the feather tattoo with unique meanings. For instance, the broken feather tattoo is not only a design that looks attractive but once you know the meaning, it becomes even more beautiful.

A broken feather tattoo reminds of someone who has passed away and was very dear to the wearer. It has an emotional appeal to it; a person may get this tattoo to honor the person they have lost and portray their love for them.

You can also get this tattoo to remember and look back at a fond memory of an event or associated with a person. For instance, an infinity feather tattoo featuring your anniversary date or a loved one’s birth date will always remind you of the happy day.

Feather tattoos have many variations, and a feather through the shaft of an arrow is pretty popular among tattoo fanatics. This tattoo portrays an image of victory and independence. It also represents triumph.

Placement of the Tattoo

Feather tattoo is a versatile tattoo, and you can get it tatted on different spots on the body. Hence, the best placement of the tattoo depends on your choice. The forearm is an ideal spot for the tattoo because it forms a perfect strip for the feather’s placement.

People who prefer the feather design on their backs tend to opt for the peacock feathers. It provides the curve and extensive coverage area to portray the beauty of peacock tattoos with all the colors and details. The tattoo resembles how the feathers look on a peacock, making the tattoo more elegant.

Smaller areas like behind the ear and wrist are also good spots for the feather tattoo. This placement of the tattoo is best for someone who wants to admire the tattoo themselves rather than showing to others.

Feather tattoos are symbolic, and they represent various cultural and religious beliefs. Other than this, a feather tattoo depicts beauty, wisdom, cleverness, courage, hope, and power. The meaning varies depending on what kind of a feather it is. Therefore, if you ever decide on getting the feather tattoo, always make sure to find the right one that would deliver the message you want.

So, let your tattoo artist know the kind of feather you desire. This will help them to come up with something quite similar to your preference. Also, note that some feather tattoos like peacock feather includes a lot of details and colors, and requires precision. So, make sure to contact a professional tattoo artist.