The Meaning Behind One Eye Tattoo 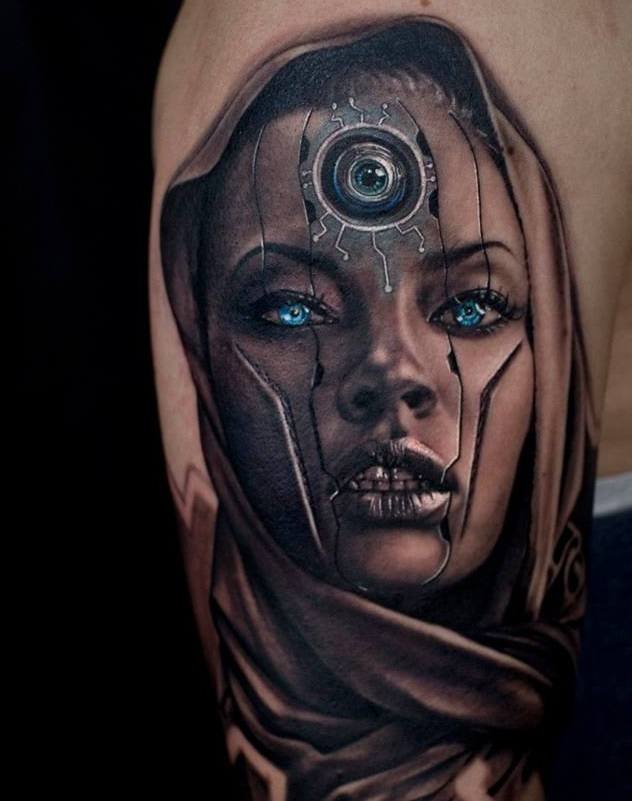 A tattoo is a popular art form since ancient times. Back in the days, people usually used tattoos to protect themselves from evil powers or to make their God happy. People from the old age had a strong belief in the power of tattoos. And to show their belief, they wore different types of tattoos on different parts of the body.

The tattoos come in all sizes, shapes, colors, and designs. All of them have special and different meanings from one another. For instance, bird tattoos usually symbolize freedom, while the tree tattoo represents wisdom and immortality. Hence, each tattoo has its own importance and significance in human life.

Moreover, a single tattoo can also have different meanings in different cultures. For instance, an eagle tattoo usually has the meaning of wisdom and spirituality. But in Greek methodology, it represents masculine strength. Any person wearing a tattoo always tries to exhibit his belief towards that symbol. This is why most people carve out tattoos at visible parts of the body.

The same goes for the one eye tattoo. You can find this tattoo in various designs, and all of them depict a highly important meaning. Read the article to understand eye tattoo meanings in different cultures and what their ideal placement is.

What Does One Eye Tattoo Mean?

Eye tattoos wear by both men and women surely have high symbolic value for them. The one eye tattoo has different meanings, including Christianity, life, focus, soul, protection, intelligence, vision, clarity, prophecy, guardianship, and perception. Eyes symbols always have significant value for many different cultures since ancient times.

In ancient Egypt, eye tattoo was a sign of God and Christianity. They called it “Eye of God,” which means that God is looking into the souls of the righteous. This way, the eye tattoo symbolizes the faith, soul, and Christianity. You may have heard about the “third eye,” which symbolizes intuition. It shows the eye of spiritual and soul awareness.

The eye tattoo can be a sign of prophecy and the ability to protect the future. You may have heard the popular old saying that “I will keep a close eye on you.” In this manner, the eye can also symbolize protection and supervision.

The following are different meanings of the eye, which you can use when engraving your own tattoo.

The Eye of Horus

The Eye of Horus, also known as The Eye of Ra, is a common symbol in ancient Egypt. It is a symbol of power, protection, and health. Horus was a sky god of ancient Egypt, commonly portrayed as a falcon.

According to legends, the Seth (the God of storm and violence) and Horus got into a battle, during which Horus’ eye got damaged. Horus’ wife (the goddess of joy, motherhood, and love) regained the throne. But Horus sacrificed his eye to save his father from dying. Because of this tale, the eye of Horus became a sign of healing, restoration, protection, and sacrifice.

According to modern cultures, the eye of Horus represents the Eye of Providence, which depicts the eye of God watching his people. You may have also seen the eye on the U.S. dollar bill. Usually, two designs surround this eye: Annuit Coeptis and Novus Ordo Seclorum, which have a meaning “He approves our undertakings” and “New Order of the Ages,” Respectively. According to some conspiracy theorists, it represents the strange secret society of the Illuminati.

The third eye tattoo is a symbol of intuition, enlightenment, clairvoyance, and inner wisdom. Buddhism, Hinduism, and Indian’s traditions make the third eye as a dot right in the middle of the brow. Of course, this doesn’t mean that you have to wear this tattoo on your forehead to represent this symbol’s exact meaning. You can be creative and engrave it on different body parts, which will portray the same meaning.

The Eye of Providence

You may know this symbol as the Eye of God. This one eye tattoo is a human eye and often depicted with a triangle and rays of sunlight. This symbol has special importance in Christianity from older times and was chosen in 1872 by the nation’s founders to use in the back of the United States’ great seal. It contains the providence eye made above a 13 level pyramid, which shows the 13 states in the U.S.

Whether you belong to a religion, have a special place for the money, or involve in the conspiracy theories of the Illuminati, this Eye of Providence surely has meaning for you. Alt religion also believes that this eye symbolizes the benevolent guidance of the divine power.

You can get the one eye tattoo on various parts of the body, depending on the purpose, size, and complexity of the design. In older times, people would wear eye tattoos on the neck, shoulder, head, and back for self-defense from the enemy. They also engraved this tattoo to save themselves from the prey attacking from behind. The following are some ideas to carve out a meaningful eye tattoo on your body.

As you have learned that one eye tattoo can show various meanings in different cultures, now you can choose the right meaning for you. According to your beliefs, you can choose the eye design and carve it where it looks more beautiful.