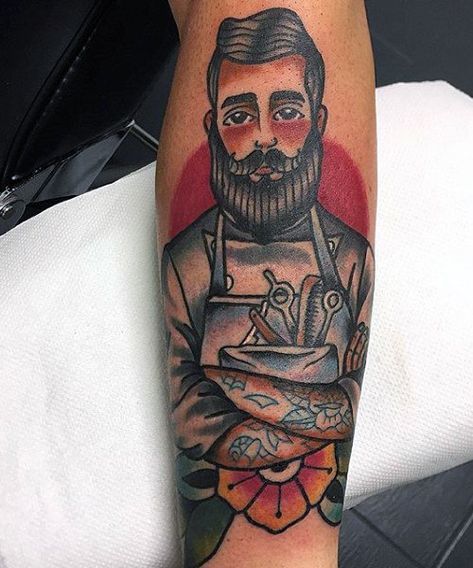 Every tattoo has a deep meaning and history to it, just like that, even a scissors tattoo has a very clear but deep meaning. People love getting tattoos, especially if something major has helped them get through something or as a reminder of a loss of something.  Each individual has a different reason for getting a tattoo, and some of these individuals choose to get scissors tatted on their bodies.

The Meanings behind Scissors Tattoos

The main attribute of a pair of scissors is to cut specific things hence, this tattoo could mean cutting all the negative people or negative environment from your life. Taking it as a way to start a new life and if you even get hit by negativity, there is no way you’re coming near it. This tattoo reminds people to cut off such people and situations whenever they come across something like that.

As humans, each and every one of us tries to become a better person every day, and scissors are a way of reminding us to sharpen our selves and become a better human. Scissors have a very sharp feature the sharpness of the object gives it the power to cut off anything in seconds. Hence, scissors give you the power to groom yourself.

Scissors are the type of tattoo that has many meanings associated with it; however, this depends on how you overlook scissors as an object. Scissors can have an extremely obvious meaning, for example, you might get a scissors tattoo for your love of cutting hair, and at the same time, it can also have a very deeper meaning, such as cutting off all negative energy.

This tattoo includes a closed scissor that has some purple details within and has two colorful wings, one on each side of the scissor. The wings are colorful and include shades of sea green, purple, and black. If you plan to get this tattoo, the best place to get it in is on your arm as it more visible, and the size of this tattoo is quite big.

This tattoo includes an open scissors with a pink cancer ribbon running across to show the scissor is cutting the ribbon. This tattoo has quite a lot of symbolism as it represents women’s fight against cancer, and if the person is struggling with it, it reminds them to fight harder and never give up.

There are many different types of scissors and ribbon tattoos, which all have individual meanings. The meaning depends on the type of ribbon you’ve got tatted. For example, if there is a tattoo of a grand opening, it signifies the start of a new chapter in your life and reminds you to keep trying out new stuff and look forward to the future.

This tattoo includes an open pair of scissors with a stone engraved in the middle. The scissor is tatted in black and white ink, and there is a different color used for the stone, the color depends on the type of stone you choose. You can choose your birthstone, for example, you could get a ruby or emerald stone tatted in the middle of the scissor. The perfect place to get this tattoo tatted is on your arm.

This tattoo includes a pair of scissors with a medium-sized comb in the side. The objects are tattooed using black ink and include a 3D depth. This tattoo is perfect for people who are hairstylists and have a passion for making different hairstyles. The best place to get this tattoo is on your arm, as this way, your customers will be able to see how devoted you are towards hair cutting and styling if that’s what you do.

This is a very unique and interesting tattoo, it includes the word love tatted in pure black ink, but instead of a V, the scissors creates the V in love with edges open. This tattoo is best for those who have had time finding the right love or have gotten hurt too many times. This is a good reminder to focus on other things in life other than love. The best place for this tattoo is your wrist, as it’s small in size and more visible, especially if the tattoo is a reminder.

This tattoo includes a bold outline of an open scissors with a few big roses in the side. Both the scissor and rose include outlines in black ink. There is much detailing in the scissor, making it look real, and the roses are shown growing from inside the scissors.  The best place for this tattoo is on your chest or back as it is wide and big in size, requiring a lot of space.

Scissors tattoos are a unique kind of tattoo and have more meaning to it than you can imagine.  If you think getting a scissors tattoo is the right thing for you, go through its meaning and ideas above and get the perfect scissor tattoo.