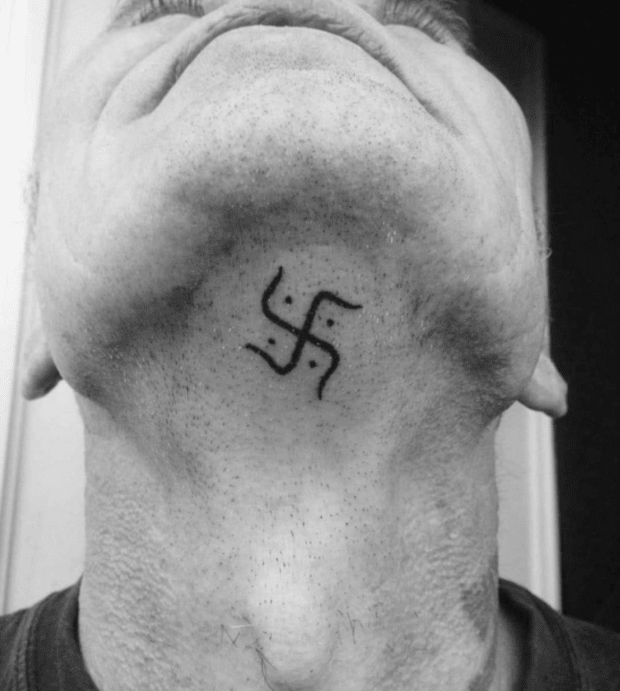 There was a time when tattoos were not so impressive; instead, they created intimidating imagery of the carrier. However, now people truly understand the beauty and meaning a tattoo can possess. Each symbol, design, shape, and size has a different meaning and portrays a deeper message.

Tattoo – a Form of Expression

The biggest reason for inking your body is so that you can express your identity and emotions without having to be vocal about it. Some people find it quite difficult as they might be hiding a horrible experience or a traumatizing event. However, the right tattoo can signal the right message. For instance, the LGBTQ + community and Aids patients commonly wear the biohazard to embrace themselves and show the world that they take pride in their identity.

Today, let’s uncover the meanings of the Swastik tattoos. Some of you might have a general idea about what it could mean since it is the symbol used by Hitler. The first thing that might pop up to your mind when you think about the symbol is hatred or evil.

However, a summarized explanation of this symbol is good luck and well being. Yes, it is quite surprising how such a beautiful message became the symbol of the most feared group.

Continue reading this article as we’re going to discuss why some people have inked themselves with this symbol in more detail, and look deeper meaning into the meaning of the Swastik tattoo.

The word Swastik comes from Sanskrit, and as we mentioned above, it means good fortune or well-being. The symbol appeared way before Hitler began using it as a symbol on the flag. This is actually a sacred symbol in many religions, such as Hinduism, Jainism, Odinism, and Buddhism. This symbol appears on many of the temples and houses in Asian countries like India and Indonesia.

Other than this, the symbol Swastik also has an ancient history in Europe; you might see the symbol on many artifacts from pre-Christian European cultures.

Why is it A Tattoo?

The question has arisen as to why people are inking themselves with this symbol. Well, there are different meanings and interpretations of this symbol.

At first, many believed it was to portray hatred for specific communities or religions. For instance, numerous white power groups continued to use the swastika to showcase hatred. Many of them tattooed their bodies with the symbol and swore to follow the Nazi principles.

However, the reason we see many people inking their bodies, who have nothing to do with white supremacy or the Nazi, is completely different. When the symbol first appeared, the meaning it carried was quite beautiful. The tattoo symbolized good fortune.

Thus, Hindus and Jains used the symbol at the opening of their account books, doors, and even offerings. However, in Buddhism, the symbol represents Buddha’s feet or footprints.

Other than this, the symbol also represented plurality and abundance. It was a sign of prosperity. Some also used it to represent a long life.

Why are people getting the Swastik Tattoo?

Since the tattoo represents different meanings, many have adopted the symbol by inking it onto their bodies. A lot of people use the tattoo as a symbol of good fortune or believe having this tattoo will give them a chance at a longer life.

Another reason, which is the biggest reason, people are inking them with this tattoo, is that they want to change the image that has been created for this symbol by Hitler. We all know and are familiar with this symbol because of Hitler. Many of us had never seen or heard of it before until we saw the flag or any picture of Hitler in old history books. However, as we’ve already mentioned above, the symbol existed way before Hitler, and the meaning was completely different.

So, people want to bring back that old image of the symbol and want others to not look at it as a sign of hatred. Many influencers like Monami Frost, a popular tattoo model, inked herself for this cause only. However, despite believing in transforming the swastika, she had to cover her tattoo because of the hate she received for her body.

It doesn’t matter if you have the slightest understanding of the swastika’s nature or the role it played for the Buddhists and Hindus. Whenever you see that symbol on a white male or female, the first thought to cross your mind will be “Nazi” related. The heavy impact left behind by Hitler on this symbol is too difficult to reconstruct.

It is fair to say we are still in that phase in which the true meaning is unknown to many. Even if some know, however, the symbol never seems to carry positive content on white people.

People are acting upon this to reclaim the swastika’s true image and meaning by tattooing. But, this tattoo on white skin would still raise the same assumption. Some people truly are embracing the symbol so that they can change the perception people have of it. For instance, ManWoman covered his body with more than 200 swastika tattoos as an attempt to change the cultural perception. Other than this, he even tattooed over 30 individuals with the same symbol to help with his cause.

Tattoos are a new way of expressing yourself through art. You can get your message to hundreds of people without having to say anything. However, sometimes not everyone understands the message your tattoo is portraying. People do tend to take some images the wrong way, which concludes that it is you who truly understands the symbol on your body.

Therefore, you must get a tattoo that fits your personality. Tattoos also work as an everyday therapy session, so if you have been through a tough time, find a symbol that motivates you to get through your day.