The Meaning Behind Lips Tattoo 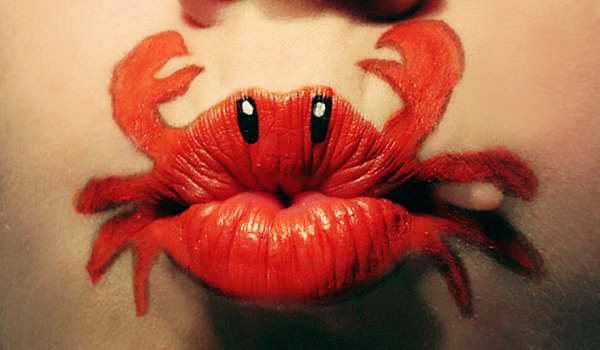 In the popular industry of tattoos, one of the most common designs often sought after by the public in masses is the all famous ‘lips tattoo.’ Whether you’re all in for the Rolling Stones fandom or are just casually inspired by Taylor Swift’s ‘red lip classic,’ this design has been in demand for a long time. Most people consider it to have a very feminine look and regard it as ‘edgy’ and ‘cool.’ People who are old school mixed with a bit of modernization would generally opt for such tattoos.

This article will walk you through the meaning of the historic lips tattoo and what meaning the image holds or has been able to symbolize over the years. We will also go over all of the different variations of the type of tattoo and enlighten you about how groups and people got a lips tattoo for themselves.

So What Exactly Does The Lip Tattoo Mean?

The kind of lips tattooed on a person typically depends on personal preference. It could be your own, sometimes a female’s lips or even animals. The meaning may even rely on a person’s kind of interpretation or connection they feel they have with the relevant image. Lips are used to give off a very ‘retro, edgy’ vibe, mostly if it is tattooed in color or with a specific pattern that adds to its meaning. In most cases, the lips are going to look very lifelike and realistic. You might find this tattoo on the shoulder, arm, and neck as per the client’s personal preference.

Most people with lips tattoos prefer to keep them hidden as they can be very personal, depending on their experience and connection with the tattoo. Therefore, the lips tattoo is often tiny and is also kept hidden.

Getting the lips tattoo could also depict how rebellious some people are to cultural norms and would want to disregard it in every way. Lips tattoo owners want people to know about their very stubborn and rebellious personality and are often proud of it.

The tattooing of lips can have a profound meaning and might be tied to the owner’s own beliefs or experiences in life. Communication and verbal discussion is another symbolic message depicted from a lips tattoo. For instance, a person with a closed-lip tattoo would probably want to express their inability to convey their message or represent a lack of communication. Someone who might recognize the true meaning of the lips tattoo would wish for the owner to break free from their shell and inspire them to be more open with their feelings.

A person who is not fond of talking or finding themselves engaged in any verbal discussion might get a lips tattoo to give off a ‘do not bother me’ vibe for anyone who tries approaching them. It is mainly about personal preference and how the owner would like to see their tattoo and the vibe they wish to give off.

The tattoo could also symbolize a relationship and the love the owner might have for a loved one who may or may not exist in their lives anymore. It could portray a connection two people might have. Best friends might also often opt for matching lip tattoos to symbolize the importance of their friendship. This is not an uncommon practice, and friends have been doing it for years!

This is a general overview of what you can expect or comprehend from a person who has a lips tattoo. You might come across people with different designs and meanings. The interpretation behind the tattoo might not hold much importance for others, could be disregarded by many, and may even go unnoticed. However, only the owner would understand the connection and affiliation with the image they have, and the tattoo could sometimes have a very deep message behind it.

You might find that every lip tattoo you come across is similar or might even look the same. Still, if you notice closely enough, there are very slight changes (that are sometimes not even noticeable at first glance), but they make a huge difference in the tattoo’s meaning. Just minor changes to the lip shape, the teeth, tongue, or color can give you a lot of information about a person’s belonging. Listed below are some examples of lips tattoos to bring you more clarity.

People inspired by the famous cult film often get red lips tattooed on themselves, the tattoo can be relatively large, and it depicts the connection they have with the movie The Rocky Horror Picture Show. Though lip tattoos could hold some profound meanings, they could also represent fandom, such as this one. Sometimes it will be the lips themselves, or in other cases, people might tattoo a reference to the main characters in the film.

As a part of pop culture, red lips or red lips with the tongue out is used to give off a ‘rock and roll’ vibe and is often linked to the legendary band The Rolling Stones. People who are part of their fan base would want to showcase their loyalty with the band and get this tattoo.

Lips tattoos are sometimes modified and are tattooed as if they were tied up or sewn shut. This could indicate a specific limitation that has been set on the owner of the tattoo. It could be a person’s way of protesting against something and might even include a phrase or text to give more clarity to those who wish to interpret the tattoo. Sealed lips could also be a mindful reminder to think before speaking while emphasizing on the external factors that cause us to react internally in the first place.

The kind of interpretation a person would have for a tattoo would depend on personal preference and experiences. The ones listed above are some of the many types of tattoos people often get and the true meanings behind it.