John 3:16 Tattoo, Its Meaning, and Importance for People 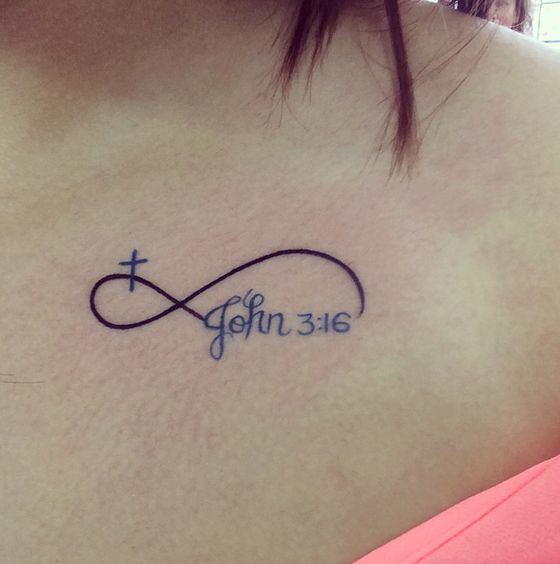 Tattoos are a way of portraying an artistic message and expressing your emotions freely. When tattoos introduced to the world, they seemed only suitable for people with adverse thinking. As most of the convicts had tattoos, people are seen as rebellious if they have one.

Another factor leading to this criticism was due to most of the tattoos being images of guns, skulls, or vulgar dialogues. This portrayed an image of violence and hatred, which made people look at the ones with tattoos as wrongdoers.

However, over time, everything has changed. People don’t worry about facing any judgments or criticism from others. They focus more on themselves, which is a good thing. The world of tattoos has evolved, and everyone sees the beauty in it.

It is now considered to be art and is giving importance likewise. There are many types of symbols and quotations used. All of them represent something relevant to the individual. The meaning behind it is sometimes vast and is not understood at times.

One of the most common or famous tattoos is John 3: 16. It is due to it being a quotation straight from the Bible that gave it substantial importance. In the world of Christians, the verses are remembered and understood by all as to how God loves humanity.

Moving forward in this article, we will be discussing the importance of it and how it has wooed people into embracing it.

This a famous quotation amongst the Christians who follow the words of the Bible. The verse summarizes how God sacrificed his only Son for the greater good, which was humanity. Christians give it the utmost importance and value.

For Christians, this verse holds a lot of significance as it reminds them of how God had taken his Son from the world for humanity’s salvation.

Why is it used as a tattoo?

The basic rule of tattoos is that you should consider getting one of something that means a lot to you. For instance, someone who has lost a family member or a loved one due to severe disease, could consider getting a tattoo of a rose to symbolize grief and for it to remind them of that important person.

Someone who embraces their nationality or the district they belong to will have their initials or name engraved on their arm or hand to remind them of where they belong.

Since this tattoo has a lot of meaning and importance for many Christians, it is most commonly used. The tattoo reminds them of the Bible’s words, and by getting it inked onto your body shows your commitment and faith in the scriptures.

The short message means a lot, and it expresses one’s high spirituality and understanding of how God loves humankind.

The tattoos mostly are John 3: 16 and not the whole scripture, which showcases beauty as there is a more profound message within it.

What exactly is the context of John 3: 16

There is a reason why this is giving so much importance. The explanation for this is because of its background. The description of the verses shows how God sent his Son into the world to die on a cross so that the sins committed by humanity would be forgiven.

Forgiving of their sins is a sign of remembrance of this faithful event. Leading towards them engraving this verse or John 3: 16 on their bodies to show respect. The context of this verse revolves around Jesus, informing Nicodemus that he shall be “lifted up” and the ones who believe will have entire life.

Not only this but also that, “No one can see the kingdom of God unless they are born again.” As confusing as this seems, Jesus knew things on a different level, and the Christians have the ultimate faith in his words.

The real message from this verse is that God gave the world Jesus, and through Christ, humanity can succeed and live eternally. A clarification made in this worse is that God did not send his Son into the world to condemn it instead to save it. This verse highlights the love of God, and that’s why it has so much significance. The act of sacrificing his own Son for the benefit of humankind seen as the ultimate expression of love by God. That is why the verse is never to be forgotten and will be known by all Christians.

Have a look at some cool John 3:16 tattoo designs.