Gypsy Tattoo’s Popularity and Its Meaning 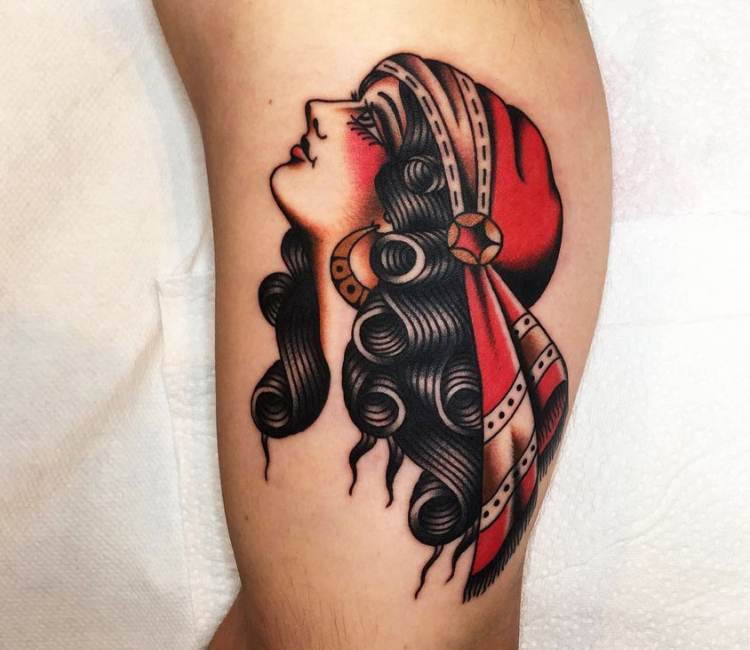 Have you ever thought about getting a tattoo? Well, at some point, most of us feel this sudden urge to get our bodies inked with numerous designs. Perhaps, it is because of the growing trend, as you’ll see many famous celebrities wearing fantastic tattoos; even your friend or someone you know may have one. People wonder why tattoos are so famous now. It is no secret as today everyone understands the beauty behind them.

While most people get tattoos because it is a trend or just to stand out from others, others may get one for the meaning it holds. Tattoos are not only a fashion trend; they have become a work of art. People use tattoos to express their emotions, beliefs, and connection with the tattoo they carry. There are so many designs and quotes out there with different origins and meanings. The Gypsy tattoo is one such design that holds symbolic importance. It is a colorful tattoo with exquisite details and looks even more stunning when combined with other elements.

Continue reading as we discuss the gypsy tattoo, its meaning, origin, and why people get this tattoo.

What Does Gypsy Mean?

You may have read or heard the term “gypsy” many times. It is a 600-years-old word; interestingly, its definition has never remained the same. Gypsies originally came from northern India and Egypt. Who were they?

Well, they were basically a nomadic group who used to live on and worked the land for a living on the available resources. The nomadic lifestyle required them to be creative and intelligent to survive. Some believe that Gypsies traveled to the European region in the 14th century. Over the next six centuries, they had migrated all over the world.

The term “gypsy” now typically refers to an itinerant group of people in Europe, Africa, and America. Gypsies have dark skin and dark hair, and they speak Romany. These people usually make a living with trade, fortune-telling, seasonal work.

If we look at the word “gypsy” in a larger sense, we can use it to describe a traveler with wanderlust. Anyone who is a free-spirited, off-the-grid, self-sufficient nomadic traveler is a gypsy.

The Meaning behind the Gypsy Tattoo

Just like any other tattoo, gypsy tattoos also portray different meanings, especially when combined with other elements. Before we look at the other meanings, let’s discuss the traditional gypsy design.

Traditionally, gypsy tattoos represent various meanings and symbolism. For instance, you can get a traditional gypsy tattoo to honor their lifestyle. It can also mean that you are a free-spirited, independent soul who loves to live each day as it is the last. Besides, it can show your personality, your fascination with magic, good fortune, luck, etc.

Gypsy soul tattoo is an old school tattoo and an ideal choice for any traditional tattoo design. You may find a gypsy soul tattoo mostly on girls’ arm as it has a feminine touch. This tattoo is quite unique, and it represents nature and bravery. People who are comfortable and feel good about themselves carry this tattoo.

The gypsy or sugar skull, mostly known as Calavera, represents the event of Day of the Dead to celebrate and honor the people who have passed away. It is a Mexican festival, and you may get the gypsy skull tattoo to mourn the loss of a loved one or someone who had a special connection with you.

The gypsy rose tattoo is quite unique as it includes a rose that adds more texture to the tattoo. A rose tattoo portrays new beginnings and hope. It also shows love for someone or someone who passed away. The gypsy tattoo shows independence, so a gypsy rose tattoo may give you hope and courage to start new in life while remembering your loved one.

Gypsy tattoos usually appear as a female figure with dark hair and skin in traditional garb. While the look on a gypsy’s face is usually blank, tattoo artists portray her with heavy make-up, jewelry, and flowers. It seems the gypsy is gazing up at the stars, searching for something. Some designs also feature scarves and large feathers covering the gypsy’s hair.

Female gypsies were always known for their confidence and bold personality. Therefore, the gypsy girl tattoo is famous amongst women who want to portray themselves as independent and represent women empowerment. It also shows their search for something.

Some of the common meanings that gypsy tattoos portray are:

Gypsies were a group of people who traveled from place to place. They lived a lifestyle in which they depended on no one but themselves. Therefore, people who want to portray themselves as independent or self-sufficient will ink the gypsy tattoo on their body.

Early gypsies made a living with seasonal works, spells, magic, and trade; they were fortune-tellers who had intimate knowledge of nature’s power and its elements. Hence, there was always something mysterious about them. People who fancy magic, fortune-tellers, and the power of nature may get this tattoo. Even if they don’t relate to this interpretation, a gypsy tattoo can help them showcase that they are different from what people think of them.

People believe that Gypsies are quite spiritual and easily adapt to different cultures. Gypsies believed in living every day to the fullest without worrying about the future. Their free-spirited lifestyle has influenced many to get this tattoo.

One of the most popular meanings behind the Gypsy tattoo is female power. People saw gypsies as women who were independent, humble, and smart. Whether you share the same characteristics as gypsies or want to honor a strong, independent woman in your life, a gypsy tattoo is perfect for you.

Other Meanings of Gypsy Tattoo

Gypsy tattoos have many variations, and each design represents a different meaning. What a gypsy tattoo portrays also depends on the wearer. However, the following are some of the common meanings behind the Gypsy tattoo.

Placement and Customization of the Tattoo

It is a versatile tattoo that offers many placement options. The most common areas to flaunt the colors and artistry of this tattoo are the back, shoulder, forearm, and calf. These spots provide more coverage for the tattoo so that the tattoo artist can place it perfectly.

You can also customize the facial expressions of the gypsy tattoo. For instance, most of these tattoos portray the gypsy with a blank face; you could add other textures like bright eyes to make it appear more attractive.

Why is the Tattoo Popular?

Well, the increase in the popularity of the gypsy tattoo is due to the symbolic meanings it has. It does not only look attractive, but you can also get one that means something to you. Whether you want to keep the tattoo a secret or share it with others is up to you; just make sure to place the tattoo in the right spot and use the right textures.

If you’re planning on getting this tattoo, make sure to let your tattoo artist know what meaning you want the Gypsy to portray. This will allow the tattoo artist to come up with something you desire. Remember, a tattoo does not fade away too quickly; it stays as a body tag with you for a long time. So, be 100% sure to choose the one that reflects your personality.