Exploring The History And Meaning Of The Adinkra Symbols 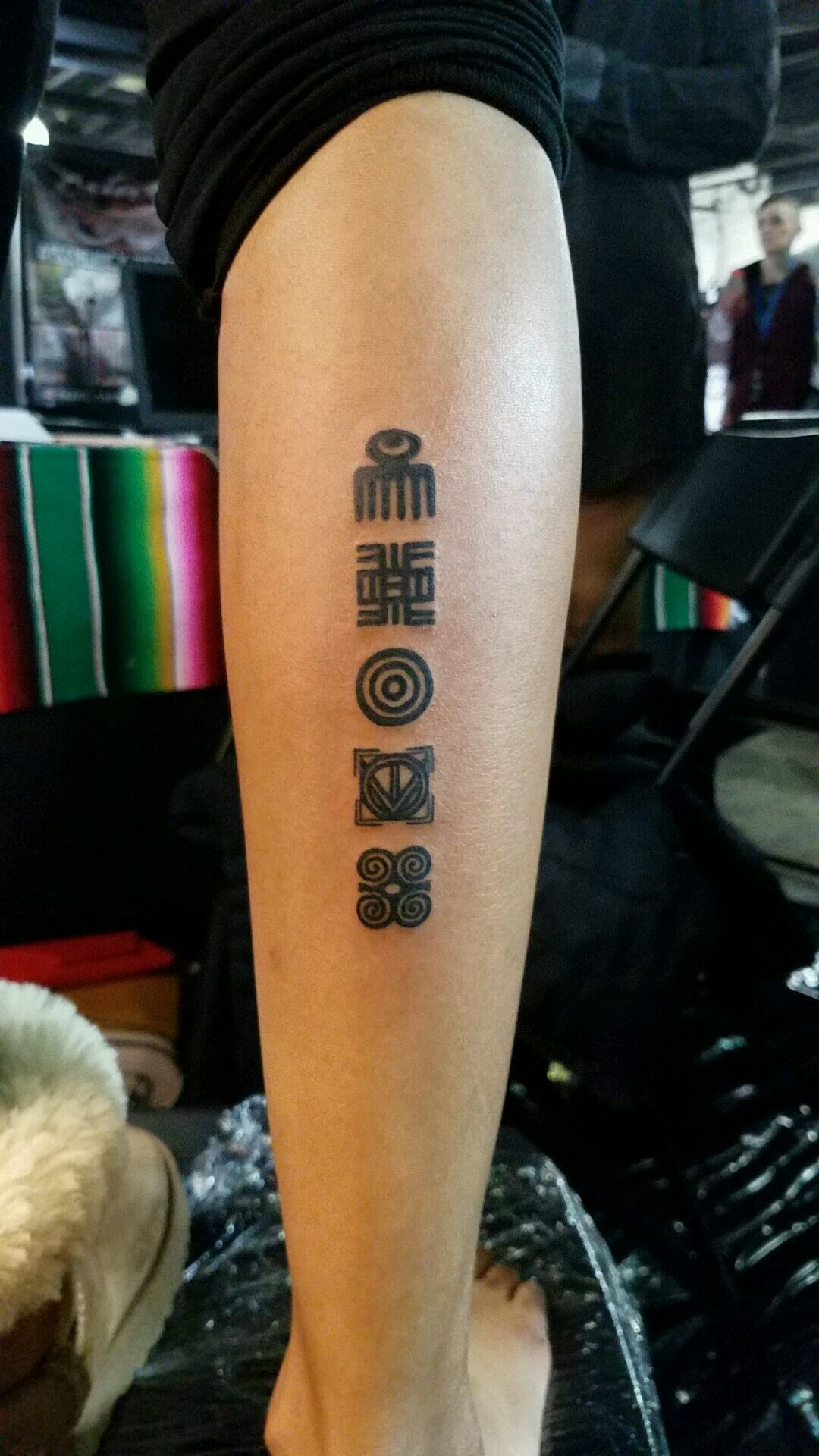 Tattoo is not just a body art; they have a profound message and meaning behind them. Every tattoo wearer can choose a symbol or design to portray who they are. Once tattoos were taboo and had a bad look in people’s eyes. However, over the years, tattoos have gained “acceptance” in society.

Tattoos are a way of expressing your true identity, culture, and emotions to the world. Other than this, tattoos can help get a person through many stages in life. They work as a reminder of something that happened in the past or something they must do to overcome certain things.

If you want to show your admiration for the adinkra craft or represent traditional wisdom of the Akans, adinkra symbol tattoos are for you. This post traces the history and meaning of the Adinkra symbols, and why do people ink themselves with these symbols.

According to research, the Adinkra symbols were a creation of the Gyaaman tribes of Brong region. It originated from present-day Côte d’Ivoire. The Ashanti legend states that the name Adinkra is actually the name of the king of Gyaaman at that time.

He created a cotton cloth that had Akan symbols on it; hence, the symbols were named after the king. These symbols express attitudes towards depicted figures, represent maxims and proverbs, illustrate concepts related to abstract shapes, etc.

The History Of The Symbols

The history of these symbols is quite interesting. It all started when the Akan people, present-day Ghana and Côte d’Ivoire, developed special crafting skills in weaving. However, adinkra originally came from the Gyaaman clans and was only used by spiritual leaders and people with royalty.

They only used it for important purposes, such as funerals. In case you don’t know, the literal meaning of adinkra is goodbye, bidding farewell.

As time passed, there was a military conflict in the nineteenth century, initiated by the Gyaaman as they tried to copy Asante’s golden stool. The king of Gyaaman got killed in the battle, and the king of Asante took away the Adinkra robe as a sign of victory.

They discovered adinkra aduru (the ink used in printing the symbols) and the stamping process. The Asante began developing Adinkra symbology. They had their own philosophies, folk tales, and culture. Instead of just keeping the symbols on cloth, the symbols made its way on pottery, metalwork, architecture, and sculpture.

There are a total of one hundred and twenty-two Adinkra symbols today. You will find as many as 53 adinkra symbols in Robert Sutherland Rattay’s book “Religion and Art in Ashanti.”

The Meaning Of The Symbols

These symbols generally represent concepts. As we mentioned earlier, there are 122 symbols, and each of them has different meanings. Here we look at five of these symbols and understand what they mean.

This is a word in the African dictionary that comes from the Akan tribe. The word means, “It is not taboo to fetch what is at risk of being left behind.” What this means is to learn from your past and move forward. The symbol features a bird and also resembles the symbol enslaved black Africans used to wear.

The history of this symbol tells us that it played a great role in the development of other symbols. It generally indicates how important it is to have someone play a leading role in a community. It depicts 8greatness, charm, and leadership.

This refers to the nature of a crocodile. They are usually underwater but also breathe air; therefore, this demonstrates how one should be willing and have the ability to adapt naturally to any circumstance.

This refers to the ram’s horns. Well, the message this symbol portrays is fearlessness and humbleness. As we know, the ram will always fight without hesitation and is also humble when it is time for slaughter. Therefore, it actually signifies how a strong person also needs to be humble.

Why Do People Use Them As Tattoos?

Well, as you can see, we have mentioned only 5 of the 122 symbols, and none of them have identical meanings. Hence, the wearers can choose from several designs and meanings they want.

The reason why people choose these symbols for inking purposes is mainly because of the meaning they have. As we know, a tattoo represents the wearer’s true identity; therefore, having any one of these tattoos will let the people around know you and your capabilities.

Other than this, the tattoos are unique and also look great on the skin. A true work of art, as some would say.

Placement Of The Tattoo

We know that there are some tattoos that require a specific area of the body to portray the image the wearer wants. However, in this case, the Adinkra symbols don’t require specific body parts for tattooing purposes.

The symbols are just better looking when they are small; thus, spots such as the back of the neck, forearms, calves, and one side of the chest would be perfect. However, some people use a bunch of these symbols and ink a whole sleeve, which refers to the inking of the whole arm.

In case you’re planning on getting one, make sure to go through all the symbols so that you can choose the right one according to your personality.