Discovering the Meaning of Medusa Tattoos and Symbols 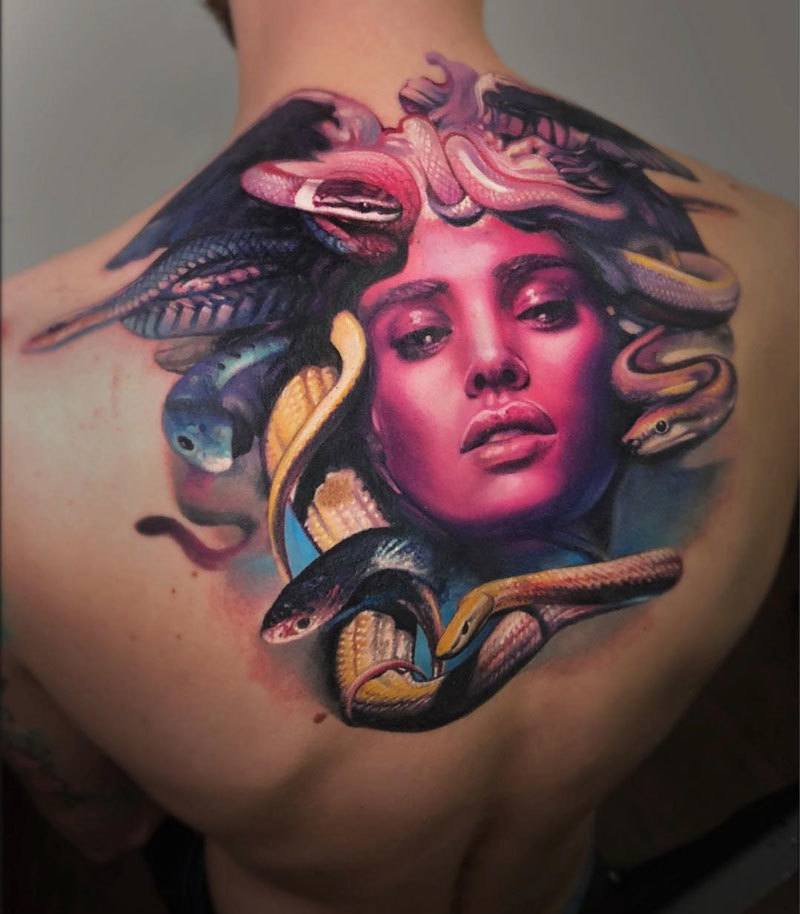 Tattoos have become a body art and a fashion trend. People love to adorn their bodies with beautiful designs, symbols, and illustrations. Each tattoo design and quote conveys a deeper meaning and message. Some tattoos can help a person reflect their beliefs and opinions.

You must be wondering how, though? Well, since each tattoo has a specific meaning and interpretation, such as Medusa tattoos, the owner of a specific tattoo may have a deeper connection with it. The person carrying the tattoo will feel more confident and at peace since it helps them express what they believe in or want to say.

At first, tattoos were popular amongst criminals and rebellious people, so people considered tattoos as a bad sign. However, over the years, this thought has completely changed. Now people know and understand that a tattoo is a work of art.

If you have an interest in Greek mythology, you must have heard about Medusa. She is one of the leading characters in Greek myths, and many people get Medusa tattoo and symbols inked on their bodies. But do you know what this tattoo symbolizes? Continue reading to find the meaning behind this popular tattoo.

What Does the Medusa Tattoo Mean?

Some people are familiar with who Medusa was. However, if you have never read any of the Greek mythology or never came across this character in any book, movie, or game, here is a brief introduction of who she was.

In Greek mythology, Medusa was a Gorgon, which is a monstrous creature in ancient mythology. According to the myth, she was the most beautiful woman of Athens with long, shiny hair. Medusa dedicated her youth to the goddess of wisdom, Athena. The goddess had a rivalry with Poseidon, the god of the sea.

The war between the two gods ruined many lives, including Medusa’s. To humiliate Athena, Poseidon wrongly claimed Medusa to be his partner. The envious and hostile Athena cursed Medusa and punished her, changing her hair to poisonous snakes.

Medusa’s face had an evil, monstrous look. Who so ever looked into her eyes would face a gruesome punishment and turn into stone. Years later, a demigod Perseus beheaded Medusa. She is a powerful personality and an inspiration for various arts. Besides, she is an emblem of the Sicilian flag and used as a symbol in the coat of arms in the Czech Republic’s village known as Dohalice.

Now, let’s move on to find out what the Medusa tattoo means and represents. Remember that some tattoo could have a different meaning for the wearer, even if they mean something else. However, here are some of the true meanings behind this tattoo.

As Medusa’s face had turned monstrous, it’s not surprising to find out that the tattoo represents evil. In this case, both men and women can get this symbol to represent evil, not in their personalities, but to create awareness that evil does exist. It allows the wearer to accept this fact and move on and overcome it.

Since Medusa is a character from Greek mythology, magic fits perfectly with its meaning. Wearers with this image basically showcase their connection and affection towards mythical stories and magic. Remember, Athena used her divine magical powers to punish Medusa.

Medusa was a strong personality, and a woman people feared. Therefore, this tattoo is most commonly used to portray women’s power. She dedicated her life to Athena and later isolated on an island, but she did not lose help. This tattoo gives the women hope and confidence to live their lives according to their rules.

The Common Myth behind Medusa Symbols

There are many meanings and myths regarding this character. Many people believe that Medusa only symbolized hatred, feminism, and female rage. However, this isn’t entirely true; she also had some strong traits that people can learn.

This symbol is not only for women to rule but for women to have rights equal to men. This is a theory that normally people don’t see in this character, and this is why the tattoo seems too violent to many people.

The three meanings mentioned above are the most popular ones and are the common reasons why people get this tattoo. Here is a list of some other meanings that this tattoo could represent perfectly.

Placement of the Tattoo

Some tattoos look best in specific spots or body area. The same goes for the Medusa tattoo as the arm, back, and thighs are the best placements for the tattoo. These areas provide more coverage since the tattoo only looks good when it’s larger. Therefore, giving the tattoo sufficient space will allow the tattoo artist to be creative with the design by adding more texture and color to it.

There are numerous meanings behind the Medusa tattoo. If you’re thinking of getting one, make sure to visit a professional tattoo artist who has experience with this tattoo. Keep in mind that this tattoo does require precision, and an experienced tattoo artist can make it more attractive.

Remember, the meaning of the Medusa tattoo depends on the wearer. Whatever you believe in, the tattoo will portray that exact image. This is why you must let your tattoo artist know what kind of message you want to portray so that they can come up with a tattoo that resembles your idea perfectly.