All You Need to Know about Queen of Clubs Tattoos 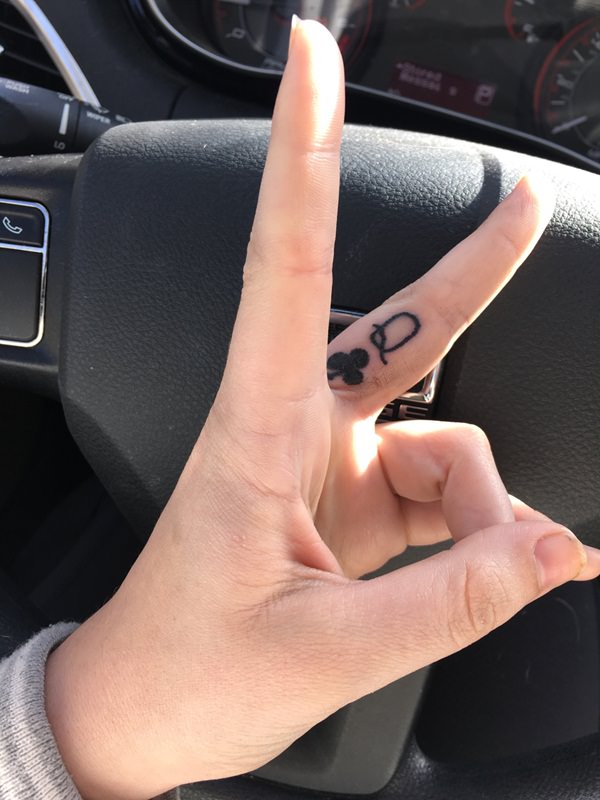 Not only does she have positive characters that show her soft, sympathetic, tender, and caring side, she is also quite strong and royal at the same time. According to the queen’s characteristics in cartomancy, she is seen as the kind of woman that all men would love to marry and keep. For this reason, other women tend to envy her and see her as a dangerous rival.

The above-mentioned qualities are all the queen’s images mean and symbolize. However, all people get the same kind of tattoos for various reasons. So, it is important that you understand the different meanings of a queen of clubs tattoo and the importance it holds for different people.

Now that you already know the overall meaning of the queen of clubs, it is time you learn what separate meanings it holds in detail.

First and foremost, it is important to draw your attention to the name and personality it holds. The queen of clubs is called ‘queen,’ which suggests a ruling and powerful characteristic. Queens are leading women that play the important role of counseling and administering.

This kind of personality indicates a responsible and duty-bound persona that has an influence on others around her. A queen is also feminine and receptive, which is why she deals with problems and provides counseling.

Another great element that the ‘club’ adds to her personality is the realm of logic, reasoning, and thought. This is strongly connected to the power that the queen of clubs possesses. The club personality trait suggests that the queen’s power comes from her mind.

The number 3 card of the hearts is known as the soul card for the queen of the clubs. This card symbolizes human love and the countless way in which it can be expressed. On the other hand, it also represents emotional insecurity. This is the reason that the queen of clubs is so drawn to this card so that she can use her logic and reasoning and resolve the issues of loneliness and mistrust.

The queen of clubs has a strong intuition and excellent logic and reasoning qualities that enable her to counsel and heal humans who are suffering in states of emotional insecurity, mistrust, and loneliness.

The queen of clubs is a popular tattoo design that has been trendy for many years. If you are interested in tattoos, you may have already come across this design numerous times. While it is a tattoo design that does not allow a lot of creativity, you can still play along with different tattoo styles and colors to have a unique tattoo. Not to mention, you can also pair it up with different elements to reflect your nature and personal style. Here are a few ways you can experiment with a queen of clubs tattoo.

This kind of tattoo style has been popular ever since the beginning of tattoos. This style offers so many tribal cultures to choose from, such as American or Polynesian. Tribal style tattoos involve elaborate designs and patterns that make up a picture. This is what makes it a perfect tattoo form for a queen of clubs tattoo.

A tribal-style queen of clubs tattoo should be your perfect choice if you love bohemian or tribal vibes. This kind of design and style looks great in bigger sizes and shapes as it offers a lot of patterned details. You can get this as a couple’s tattoo as well.

Placement: Bigger and elaborate tattoos like this look fantastic on arms and legs.

However, you can also experiment with this style if you do not wish for your queen of clubs tattoo to give a portrait vibe. For instance, you can give a playful vibe to it to make it look less serious, such as this. You can fit the queen’s face or body in a frame to add a hint of fun to it.

Placement: You can work this tattoo design and style in big and small sizes. Your chest, arm, legs, and back would be the perfect areas for bigger-sized tattoos. On the other hand, smaller tattoos look good in delicate areas such as collarbone, wrist, foot, ankle, or even neck.

Queen of clubs is an ever-popular tattoo design that does not seem to fall down the charts any time soon. It is one that holds a lot of meaning, especially for women. The queen of clubs is seen as a powerful and sensible personality/element.

For this reason, it empowers women all across the planet. Not to mention, men also love to get inked in the queen of clubs tattoos to pay tribute to the strong women in their lives. Some men and women also get a pairing king-queen tattoo to symbolize their relationship and love.